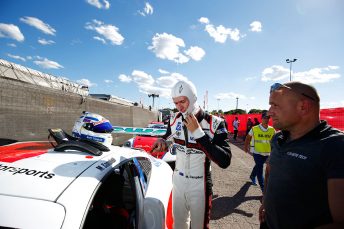 Matt Campbell will start on pole position for both races of his Porsche Supercup debut in Barcelona.

Campbell clocked a 1:49.401s lap late in the 30-minute qualifying session, earning pole for Race 2 with a time 0.3s faster than that of next-best driver Michael Ammermüller.

Race 1 of the season at the Circuit de Barcelona-Catalunya starts tomorrow (Sunday) at 0225 AEST, with Race 2 at 1945 AEST.