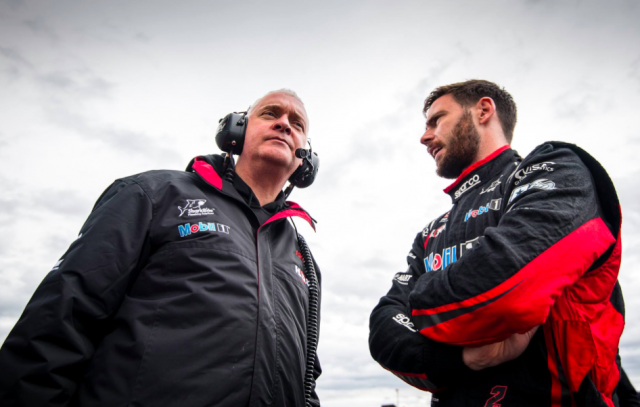 News of Burgess’ departure from the team broke earlier in the afternoon with the team being informed for his contract has been terminated.

The announcement arrives after a particularly poor start to the season from the Clayton operation, currently lying sixth in the teams’ standings following a lacklustre Perth Super Sprint last weekend.

Just days ago, the team’s high-profile driver James Courtney openly described the team’s performance as “embarrassing” after he managed to only qualify 20th for Sunday’s Race 8 of the Virgin Australia Supercars Championship.

Burgess’ tenure with the team officially began in 2014 after being poached from Triple Eight Race Engineering midway through 2013.

Team owner Ryan Walkinshaw says the time is right for a fresh approach for his squad.

“It has obviously been a difficult start to the year from a racing perspective, and I came to the conclusion that a fresh start was the way forward,” said Walkinshaw.

“We appreciate Adrian’s focus and hard work over the last three years, and we wish him all the best in the future.

“The entire team will continue to work hard and are extremely passionate about achieving success. It is not in our nature to step back from the challenges that racing in such a competitive category presents us.”

Mathew Nilsson will step into the role of Acting General Manager of Motorsport while a search is undertaken for a permanent replacement.

Nilsson who is currently the Business Development Manager with Walkinshaw Racing, has extensive experience across numerous Supercar teams and organisations, and will continue to oversee Walkinshaw Racing’s GT program.

The team has confirmed that no other structural changes have been made following Burgess’ departure.