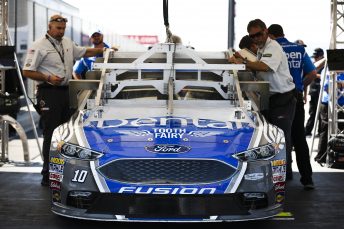 Formula 1 is investigating the possibility of introducing open car inspections at race weekend which would be open to rival teams and the public.

The sport’s new owners Liberty Media have already ambitions to open up F1 to spectators with various plans to increase fan engagement.

F1 has long been a highly secretive championship with teams keen to protect even the slightest advantage over rival competitors.

NASCAR currently streams its post-event scrutineering, meaning it inspects the race-winning car and a selection of other machines in front of an audience.

Teams also get an insight into what its rivals are doing during the NASCAR weekend, with cars having to pass technical inspections prior to qualifying and the race in public.

Brawn says he’s keen that F1 does not miss out on new opportunities as he continues to evaluate its sporting future following new owner Liberty Media’s takeover in January.

“In NASCAR, you can go and look at someone else’s car – strip it apart and see what’s in it,” he added.

“That’s their way of keeping everyone loosely competitive.

“No one objects, no one has a problem. It’s a philosophy that should be thought about.”

American team Haas F1 made its name racing in NASCAR under the stewardship of owner Gene Haas, and its F1 team principal Gunther Steiner believes an open policy is an effective way to showcase the technology.

“We have a fantastic story to tell, but we keep it secret because we don’t want to show it,” said Steiner.

“If it’s by the regulations that you have to show it, then that’s good.

“F1 should stay high technology because that’s part of the appeal, but we need to make it accessible for the fans.

“I think it would make the field closer together: at least people can look and it should equalise it, because you can see [what rival teams are doing] and you can do it as well.”

Meanwhile, F1 will introduce a host of new initiatives to boost fan engagement from this weekend’s Spanish Grand Prix.

Pre-existing Fan Zones will be standardised and revitalised to include simulators and pitstop challenges, while attendees can enter a variety of competitions with the highlight being a two-seater F1 car ride.

Corporate guests in the Paddock Club will lap the circuit in the regular drivers’ parade truck and receive exclusive access to a range of show car and a mocked-up garage.