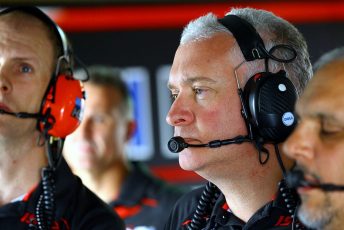 Adrian Burgess is believed to have departed Walkinshaw Racing with immediate effect.

Speedcafe.com understands Burgess has split with the team just days after yet another poor showing at the Perth Super Sprint.

James Courtney had been openly critical of the state of his Mobil 1 HSV Racing Commodore after finishing 17th and 22nd in the weekend’s two races at Barbagallo Raceway.

The team had made a promising start to the season in its new guise in Adelaide, after being stripped of official factory status by Holden.

However, a succession of poor results sees Courtney, who finished above 20th just once since Albert Park, languish in 15th in the championship and team-mate Scott Pye 18th.

Burgess joined the team in 2014 after being poached from Triple Eight Race Engineering midway through 2013.

A statement from the team is expected later this afternoon.