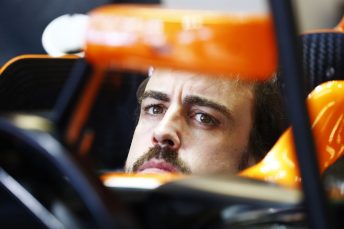 Fernando Alonso has issued a blunt warning to McLaren that he will leave the team at the end of the season if there is not a noticeable improvement in performance.

Alonso has given the team until no later than October to demonstrate race-winning potential for 2018 or he will walk away from the Honda-powered squad.

The comment came as the Spaniard reiterated that he is out of contract with the struggling team at the end of this year, and off the back of a non-start in the most recent race in Russia when his McLaren came to a halt on the formation lap with an ERS issue.

“As I said at the beginning of the year, this is my last year with the contract I have now with McLaren,” Alonso explained on the eve of the Formula 1 Spanish Grand Prix.

“I will have to think a little bit after the summer, because now it is quite a busy period and now plus the Indy 500 thing, it will not be the time to think any further than this summer.

“But around September or October, I will need to consider what I will do next year.

“If it’s time to find other challenges outside Formula 1, or if Formula 1 will be an opportunity to win the championship – which is my main goal – I’m very open to anything.

“My first priority is to race next year here (F1) and not only to race, I want to win.

“I’m happy with the team (McLaren), but we are not winning, so if from here to September or October we are in a position where I see clearly a possibility to win in 2018, I will be more than happy to stay with the team.

“If it’s not the case, I will be more than happy to talk to anyone.”

Ironically, Alonso will jet to Indianapolis immediately after the Spanish Grand Prix to make his debut in the famous 500-mile IndyCar race.

Practice at Indianapolis starts the following day, where the 35-year-old will compete in a McLaren-Honda entry run by Andretti Autosports.

Upon announcing the shock deal in April, Alonso explained that his goal was to achieve the Triple Crown of victories in the Monaco Grand Prix, Indianapolis 500, and Le Mans 24 Hour.

Thus far, the two-time world drivers’ champion has won the Monaco Grand Prix twice, in 2006 and 2007.