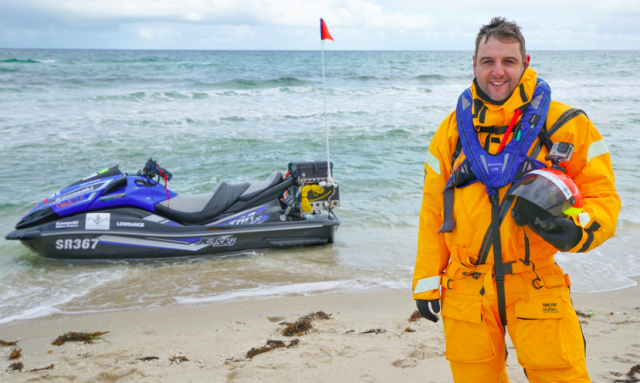 Todd Kelly is all set for his jet ski challenge

Nissan Motorsport’s Todd Kelly is set to embark upon his bid to cross the Bass Strait on a jet ski on Friday morning.

The Supercars driver had planned to complete the 1000km journey earlier this week but was forced to postpone due to challenging weather conditions.

Kelly is set to tackle the unique challenge alongside close friends Robbie O’Brien and Bryan Hands.

The trip, which has been 12 months in the planning, aims to raise funds for MS Society which helps support sufferers from Multiple Sclerosis.

“We’ve had a few delays with the weather.

“We’re really at the call of what the conditions are. So we’ve got about a 3-4 hour drive to get to the point that we’re leaving from, which is Port Welshpool.

Whether we go or not, we won’t know until we’re on-site. We may leave and go an hour or so in and come back if the conditions aren’t right.

“The first few legs are quite long in distance. So we’ve got a lot of nothing but open ocean.

“Then we’ll refuel, take a few happy snaps and turn around and do it all again. Hopefully, we’ll have raised $10,000 for MS in the process.

“Going down 300km/h down Conrod is quite comforting. Everything is a known.

“I’ve been around Bathurst for 19 years, so I’m very familiar with the surroundings.

“Bass Strait, however, is an entirely different story. I’m a little bit scared and have a lot of respect for it. It is a complete unknown to the three of us.

“All of the things I’m afraid of, like sharks, come into play. You definitely don’t get many of those around Bathurst.”

Click here to donate to Kelly’s fund, while tracking of his trip can be viewed here.