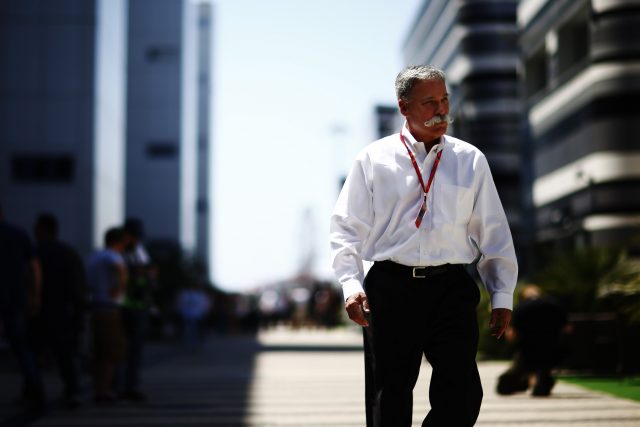 Formula 1 CEO Chase Carey says he can “fill a page” with the number of venues expressing an interest to join the calendar in the future.

Next year’s F1 season is set at 21 races, with France and Germany returning to the bill, while Malaysia has dropped off the schedule after electing to end its contract a year early.

New F1 owners Liberty Media placed Carey as its figurehead, replacing Ecclestone as CEO in January, and he has regularly spoken of the desire to expand the calendar.

Carey admits that any additional events will require the support of F1’s teams, given the logistical complications.

“We have not really targeted a number of races,” said Carey.

“We know there’s an opportunity to add them, but we want to engage more with teams before we get into the specifics.

The desire to expand the calendar will run parallel with Liberty Media’s push to improve pre-existing events, with the analogy of turning grand prix weekends into Superbowl style events.

“Our first focus is making our 21 races as strong as they can be,” Carey added.

“We’ve talked about them being bigger events and maximising things like hospitality – clearly the high-end customer is important at these live events, and we are focused on that.”

Carey said the process of assessing new races was under way and that they had to be the right fit for F1.

“We are trying to engage with as many of them as possible, and evaluate them,” he added.

“Both in markets like Europe, which are obviously much more historical markets, as well as opportunities in the Americas and Asia.

“We want to make sure we understand what each of those opportunities mean to us as we go forward, although in many ways priority one is to make sure the 21 races that we’ll have next year as successful as possible.”