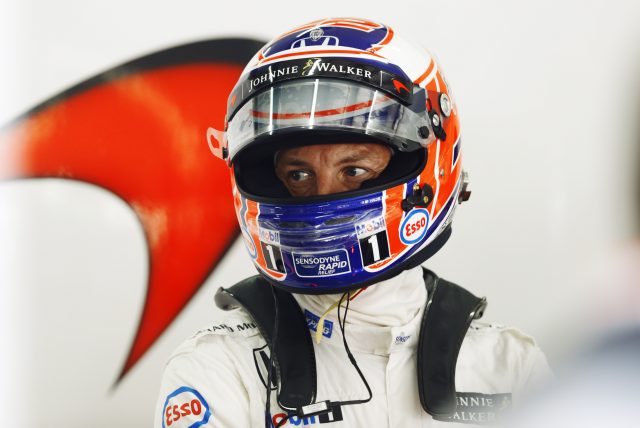 Mark Webber has described Jenson Button’s Monaco Grand Prix comeback as a ‘non story’ while claiming the 2009 world champion is ‘not very interested’ in making a Formula 1 return.

Button has been recalled by McLaren to fill in for double world champion Fernando Alonso, who will miss F1’s showpiece to contest the Indianapolis 500 in a McLaren-backed Andretti Autosport entry.

The Brit is yet to experience the 2017 specification MCL32 having turned down the opportunity to drive the car at the in-season test in Bahrain last month.

Former Red Bull F1 driver Webber believes the decision shows Button is not that keen to make his F1 comeback at Monaco.

“He goes out, has fuel pressure problems in FP1, qualifies 17th, retires on lap 12 of the race. Whatever, who cares?

“Jenson didn’t do any testing in Bahrain, he doesn’t take it so seriously – ‘I want to stay in America and do my triathlon, I’m not bothered about the Bahrain test’ – which for me was a surprise.

“For Jenson the first session in Monaco will be wakey-wakey. I don’t think he’s very interested.

“I don’t think he would have been first on the phone (about replacing Alonso).”