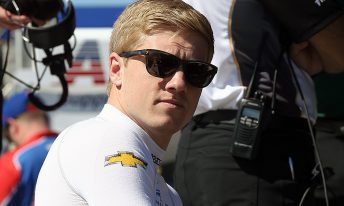 The Indianapolis 500 is close to filling a full field of 33 cars for this month’s 101st running after Spencer Pigot’s drive at Juncos Racing was confirmed.

Pigot’s entry brings the field to 31 cars, with RACER.com reporting that a to be confirmed second Juncos entry for Sebastian Saavedra and Buddy Lazier’s drive at his own Lazier Partners Racing will complete the traditional 33 entry.

Pigot won the 2014 Pro Mazda Championship and 2015 Indy Lights series, the two rungs on the Road to Indy Ladder immediately below the IndyCar Series itself, with Juncos Racing, having also raced karts with the team during his childhood years.

“I’ve known Ricardo (Juncos, team principal) and everyone at the team since I was 10 or 11-years-old,” the 23-year-old told IndyCar.com.

“I started racing for Ricardo back when it was Juncos Competition, the very first iteration of the team, back driving go-karts around Florida.

“It’s really cool to see their progression all the way through go-karting, the Mazda Road to Indy and now IndyCar. We’ve shared a lot of success on that path.

“To now be reunited with them for their first Indy 500 and my second Indy 500, it’s something that if you would have told us back in the early 2000s when we were racing go-karts, I’m sure nobody would have believed.”

Pigot debuted in the Verizon IndyCar Series last year with Rahal Letterman Lanigan Racing as part of his prize for winning Indy Lights, before signing for Ed Carpenter Racing.

Under a deal which has continued into 2017, Pigot competes in street and road course races in car #20 while Carpenter himself runs on ovals, meaning Pigot’s only previous oval start in the IndyCar Series was the 2015 Indianapolis 500.

Pigot will suit up for ECR at this weekend’s Indianapolis Grand Prix on the road course (May 12-13) before settling into the #11 Juncos Chevrolet for the 500, for which practice begins on May 15.

Next Story Power on pole for Grand Prix of Indianapolis