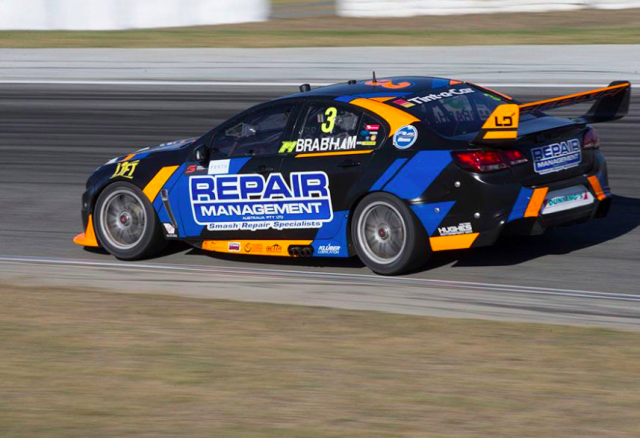 Matthew Brabham could be set for a Supercars return later this year after impressing Lucas Dumbrell Motorsport on his touring car debut at the Perth Super Sprint.

The grandson of the late triple Formula 1 world champion Sir Jack Brabham was drafted in as a last minute replacement for Taz Douglas, who was unavailable at Barbagallo Raceway last weekend.

Brabham, who was in Perth to race in the Stadium Super Trucks, jumped into the #3 Commodore having never driven a V8 Supercar before.

Despite his limited experience in touring cars, the 23-year-old coped admirably qualifying within 1.5s of the pace for Race 7, while finishing both races in 25th and 26th respectively.

With LDM yet to secure a full-time driver for the entry, Brabham has emerged as a candidate for further rounds this year, including a possible Pirtek Enduro Cup drive alongside Alex Rullo in the team’s sister car.

While initial discussions regarding Brabham’s return have been held, he is unlikely to pilot the #3 Commodore at Winton next weekend, with the American-Australian due to attend the Indy 500 qualification day instead.

However, the former Pirtek Team Murray IndyCar driver, who is available for further drives, is eager for another chance to compete in Supercars.

“There’s definitely been talks, I’m not sure where those will lead but I’d love to be back,” Brabham told Speedcafe.com.

“I just love racing anything, that’s what I love to do and that’s what I feel like I was born to do, so I just want to try and make as much of a career out of it as I can.

“Hopefully I’ll be back more in the Supercars because I think it’s such a competitive series and I just love that aspect of it because I love the challenge. 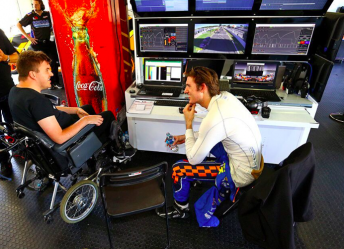 Lucas Dumbrell and Matthew Brabham have spoken about a possible return

“I definitely want to be back, it’s obviously super-competitive, and I just want to have a good crack and have a shot at racing with these guys.

“Obviously nothing’s set in stone right now but we’ll just see where the conversations lead us and hopefully we’ll be back soon.”

Team boss Lucas Dumbrell was particularly impressed by the way Brabham slotted into his team given the unusual circumstances which led to his Supercars debut.

Dumbrell admitted he would gladly welcome the former Pro Mazda champion back into the squad.

“He had done nothing really in a sedan before but he did an awesome job and it showed the class of driver he is,” Dumbrell told Speedcafe.com.

“Forget about his name, his motor racing education is second to none.

“I’m not sure what the future holds for car #3 in terms of drivers but I would love to have Matt back at a later stage in the year, but we will work that out as we go.

“Whether it will be another sprint round or enduros I don’t know, but I’d love to have him back.

“We could try Townsville depending on what happens with the car, but I would definitely consider putting Matt in with Alex (Rullo) for the enduros.

“Obviously a lot things would need to match up to make that work.”