AUS-X Open to return to Sydney in November

AUS-X Open to return to Sydney in November 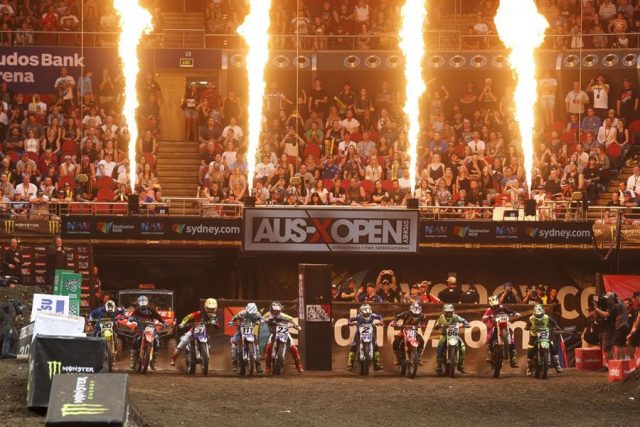 Organisers of the AUS-X Open have announced that the event will return to Sydney’s Qudos Bank Arena on November 11-12.

The confirmation is essentially a continuation of arrangements for the supercross and freestyle motocross event, which has occupied a November slot at the venue also known as the Sydney SuperDome in each of its first two editions in 2015 and 2016.

The event will again incorporate two rounds (Rounds 4, 5) of the Australian Supercross Championship, both of which were won by Chad Reed last year.

While the rider line-up has not yet been announced, AUS-X Open co-founder and director Adam Bailey says that plans are well underway for this year’s spectacular at Sydney Olympic Park.

“Since its inception, the purpose of the AUS-X Open was to combine the most incredible live sports action, with concert like entertainment values, to ensure an unrivalled spectator experience from the moment they arrive in Sydney Olympic Park,” said Bailey.

“We’re well under way with plans to not only secure an incredible line up of riders, but have a whole host of announcements that will shock and amaze fans.