Sepang pushing to host 2018 Supercars round 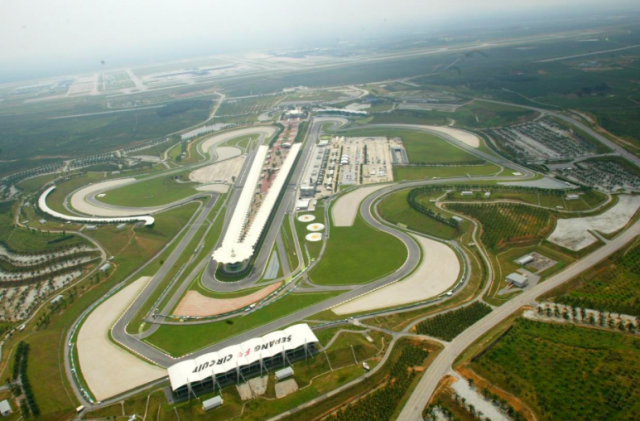 The Sepang International Circuit has emerged as a possible Supercars venue

The Sepang International Circuit is in discussions with Supercars to secure a round on the 2018 championship calendar.

The Malaysian venue is working on a plan to lure Australia’s premier series to the country as it looks to expand its horizons.

Supercars has long been eyeing an expansion into Asia, which was originally led by a four-year deal to headline the KL City Grand Prix in the heart of Kuala Lumpur, run by Sepang’s management team. However, a legal wrangle between promoters ultimately forced its cancellation after the inaugural event, which featured a five-car Supercars demonstration in 2015.

Built in 1999, Sepang has played host to top level motorsport events including Formula 1 and MotoGP, although this year will be its last as an F1 host after electing to end its contract 12 months early due to dwindling crowds.

Since the collapse of the KL City Grand Prix, renamed the KL City 400, Supercars has continued its push into the Asian market by evaluating several locations the region.

Indonesia’s Sentul circuit was among those which attracted interest with the venue and a Thailand circuit appearing on a draft calendar for this year, before slipping off the finalised 2017 schedule.

Sepang boss Razali is keen to strike a deal with Supercars but admits the arrangement must be beneficial for both the category and the venue. The circuit, which will host a round of Carrera Cup Australia this year, is expected to learn if its bid has been successful by July.

“I would like to see them at the Sepang track but we have got to make sure it is a win-win for both parties.

“Sepang circuit will not be a white elephant we do not exist just for Formula 1.

“However, this is an opportunity for us to look at other events and we are already talking to other promoters.

“I have had a chat with James Warburton last week. We have had discussions with him for the past couple of years already.

“It (Supercars) will make a great show and great television and I would like to see it happen in Malaysia at Sepang.”

Sepang is not the only circuit vying for a slot on the 2018 calendar.

The Bend Motorsport Park, currently under construction in South Australia, is hoping to feature on the schedule with the $100 million state-of-the-art facility on course to open early next year.

Next Story Lowndes: DJR Team Penske in a class of their own