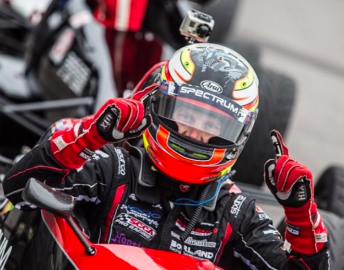 Rising sportscar driver Scott Andrews has received a last minute call-up to contest this weekend’s opening round of the Michelin Le Mans Cup at Monza.

The Australian driver will join Danish squad KEO Racing where he will pilot a Ligier JS P3 LMP3 prototype on his debut at the famous Italian circuit.

Andrews has switched his focus from single seaters to prototype racing this season, driving similar LMP3 machinery in the Asian Le Mans Series.

The Michelin Le Mans Cup, which supports the European Le Mans Series, is a category for GT3 and LMP3 cars.

“Obviously it was last minute so there was a high level of cooperation via email and juggling time zones with phone calls to make it happen, as it normally is with racing overseas,” said Andrews.

“Monza is another new track for me, but I look forward to the challenge and getting back into a competitive LMP3 in a prestigious series.

“Hopefully I can help my team-mate get up to speed quickly and comfortably and we can have a great result.”

The 26-year-old will feature in a two-hour race at Monza this Saturday.