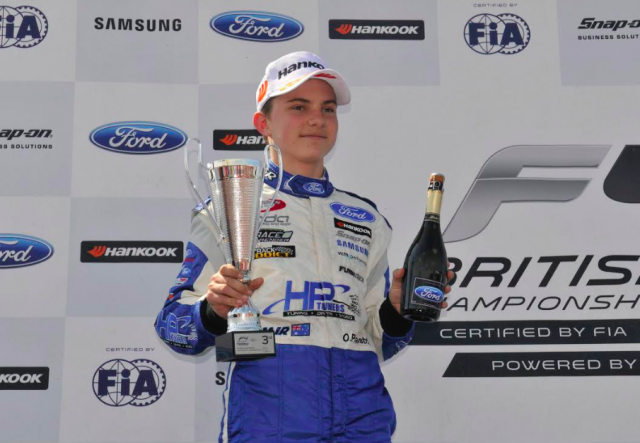 Australian Oscar Piastri claimed a podium finish in the third round of the British Formula 4 Championship at Thruxton.

The 16-year-old from Melbourne produced an impressive drive to come from seventh to third in the second heat at the Hampshire circuit.

Piastri managed to squeeze by his Arden team-mate Ayrton Simmons to claim the final place on the podium behind race winner Jamie Caroline and Linus Lundqvist.

The Australian occupies second spot in the championship standings after finishing seventh in the opening encounter before coming home sixth in the final race of the meeting.

After winning all three races, Caroline leads Piastri by 86 points ahead of the next round at Oulton Park from May 20-21. 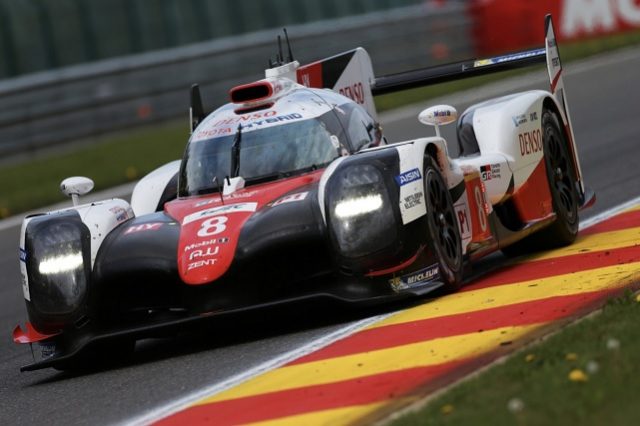 Toyota has won a 6 Hours of Spa which went down to the wire in an intra-team battle for the Japanese manufacturer.

The #8 Toyota of Sebastien Buemi/Anthony Davidson/Kazuki Nakajima went two wins from two in 2017, beating the #7 Toyota of Mike Conway/Kamui Kobayashi by just under 2s.

Jose Maria Lopez was absent from car #7 due to a back injury.

Both Safety Car periods fell kindly for car #8, the first to give it the lead and the second to extend it.

Kobayashi nevertheless closed the gap to Buemi to 2s with a lap remaining, but traffic prevented any serious challenge.

The #2 Porsche of Kiwis Brendon Hartley and Earl Bamber and German Timo Bernhard made the podium despite a puncture and later contact with an LMP2 car at the Bus Stop.

The #1 Porsche of Andre Lotterer/Neel Jani/Nick Tandy was fourth as the German marque chose to again run its low-downforce kit on both cars in preparation for the Le Mans 24 Hours.

Toyota’s third entry, car #9 of Stephane Sarrazin/Nicolas Lapierre/Yuji Kunimoto did likewise on its way to fifth, two laps off the lead.

Australian Nick Foster’s LMGTE Am class Porsche was the cause of the first Safety Car when it failed due to debris cutting the wiring loom. 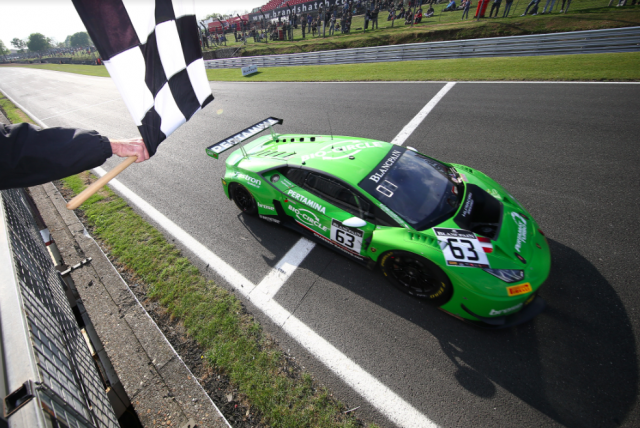 Grasser Racing’s Christian Engelhart/Mirko Bortolotti have dominated the second sprint round of the Blancpain GT calendar at Brands Hatch.

The German and Italian combined to win both the qualifying race and feature race in lights-to-flag fashion in their Lamborghini Huracan.

The Endurance Series is next in action when Round 4 takes place at Silverstone on May 13-14. Matt Neal, Rob Collard, and Colin Turkington shared the spoils in the third BTCC meeting of the season at Thruxton.

Honda dominated Race 1, Neal winning from lights-to-flag as the marque swept the podium.

The first stoppage came on Lap 1 when Daniel Lloyd rolled after an incident between he, Senna Proctor, and Aron Taylor-Smith at the high-speed Church corner.

Collard gained more ground from sixth at the restart before a hair-raising three-wide moment at Club chicane while battling for second.

The BMW driver would then inherit the lead after Neal developed a steering problem, and took victory when a shunt for Martin Depper, who was unhurt, ended the race early.

Turkington gave BMW its 100th BTCC win in Race 3 when he led from start to finish.

Tom Ingram leads the championship heading into the next meeting at Oulton Park on May 20-21. 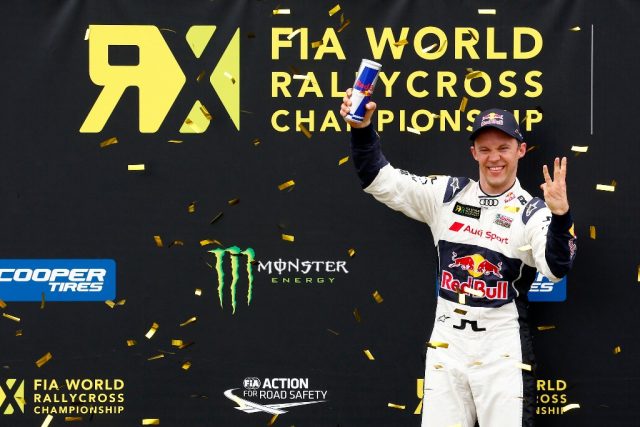 Mattias Ekstrom remains unbeaten in World Rallycross Championship finals in 2017 after Round 3 at Hockenheim.

The Swede was never headed in the final in his Audi S1.

Johan Kristoffersson won his semi-final but made a poor start in the main event.

The VW Polo driver couldn’t find a way past Ekstrom and instead finished second.

Timmy Hansen completed a Swedish sweep of the podium in his Puegot 208. 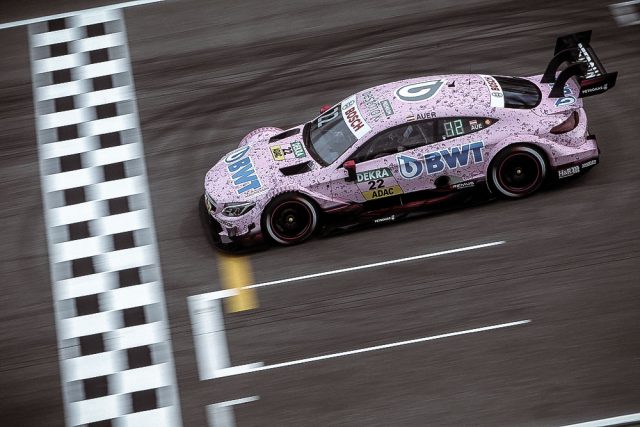 Lucas Auer and Jamie Green shared the race wins in the opening round of the DTM season, also at Hockenheim.

Starting the Saturday race from pole, Auer led from start to finish in his Mercedes.

However, the Austrian faced a stern challenge from BMW driver Timo Glock late in the race, the pair touching through the hairpin on the penultimate lap.

The Audi driver had taken the lead off Glock when he jumped an early restart and made enough margin to absorb the penalty when he pitted.

Auer leads the championship ahead of Round 2 at the Lausitzring on May 19-21.