POLL: Who will win the Supercars Championship?

POLL: Who will win the Supercars Championship? 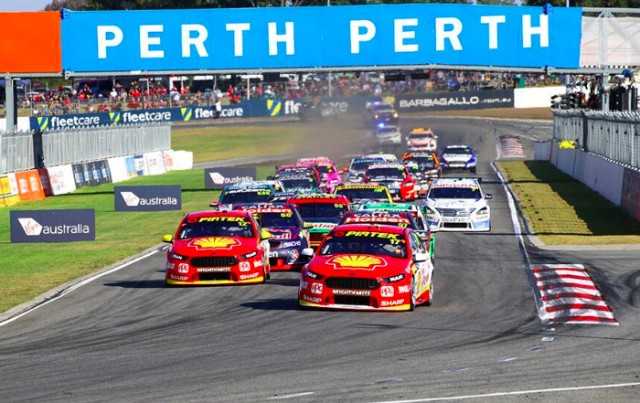 A double victory for DJR Team Penske’s Scott McLaughlin has seen the Kiwi become the fourth different winner from eight races with just 31 points separating the top-five in the standings.

While there are plenty of twists and turns remaining in the season, the 23-year-old is already beginning to think about the title race.

The title fight appears to be a three horse race with DJRTP currently leading the charge having won 50 percent of the races so far, while Triple Eight and Prodrive have emerged as contenders.

Fabian Coulthard sits at the top of the standings having made the most of an impressive start to 2017 by DJRTP.

The Kiwi has claimed wins at Symmons Plains and Phillip Island with his rise up the rankings aided by consistent results inside the top 10 in six of the eight races.

Reigning champion Shane van Gisbergen made the perfect start to his title defence with back-to-back wins at the Clipsal 500.

Red Bull team-mate Jamie Whincup is yet to stand on the top step of the podium this season, but remains a model of consistency, which sees him nicely positioned in third just three points behind his opposite number.

The six-time champion is relishing a hard fought title battle in the #88 Red Bull HRT Commodore.

Meanwhile, Prodrive has come to the fore having produced a one-two with Chaz Mostert leading Mark Winterbottom in Race 6 at Phillip Island, with the former continuing his form at Barbagallo Raceway.

A second place finish in Race 8 has placed the 25-year-old in fifth tied on points with McLaughlin in fourth.

With 18 races remaining, there is plenty of time for title challenges to emerge from outside the current top five.

Who do you think will win the Supercars Championship?