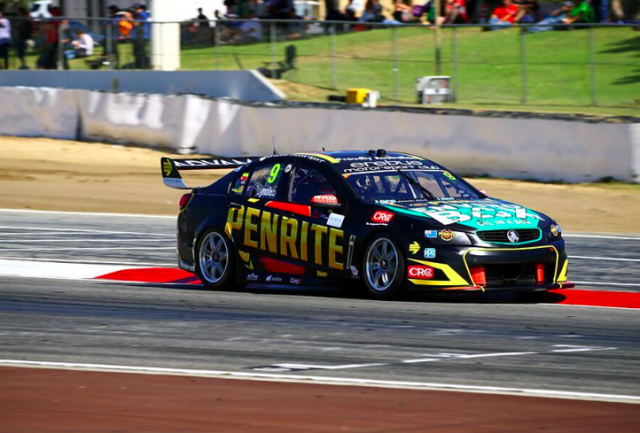 David Reynolds has been issued with a five-place grid penalty after stewards deemed he impeded Erebus Motorsport team-mate Dale Wood in qualifying.

Reynolds had qualified 10th for today’s 200km but will now start from 15th spot after an investigation determined the 31-year-old blocked Wood at Turn 6 in this morning’s 20 minute session.

Reynolds is the second driver to fall foul of the rule this weekend after Simona de Silvestro was given the same penalty for today’s race for impeding Michael Caruso (Nissan Motorsport) and Shane van Gisbergen (Red Bull Holden Racing Team) in Saturday’s qualifying session.

Next Story T8 focussed on reeling in Penske advantage