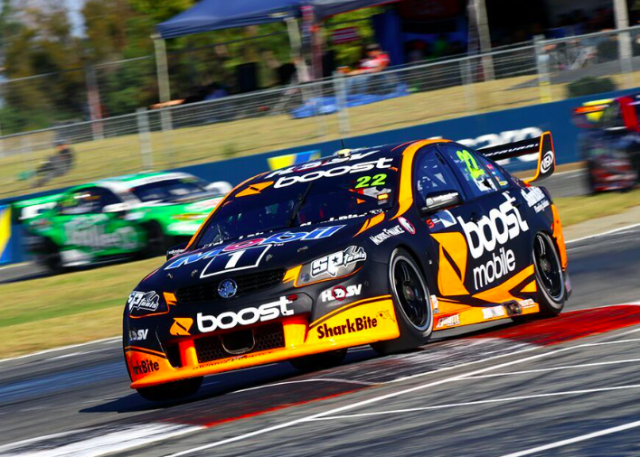 James Courtney described his qualifying performance as ‘embarrassing’ after struggling to 20th position for today’s final heat at the Perth Super Sprint.

The Mobil 1 HSV Racing driver has been lacking pace all weekend after qualifying 24th on Saturday, which he managed to transform into a 17th place finish in the 120km heat.

Courtney’s Walkinshaw squad made changes to the #22 Commodore overnight to combat the issues, but it failed to yield the desired results.

The 2010 Supercars champion is currently using a spare chassis, which his former team-mate Garth Tander claimed possessed ‘weird characteristics’, when he piloted it last year.

Speaking after qualifying, a fuming Courtney urged his team to fix the problems with the car.

“We even put a whole different rocker in it today and still nothing, so maybe Garth (Tander) was right and maybe that car is possessed,” said Courtney.

“Maybe someone here can come and perform an exorcism on it.

“It is embarrassing. We are calling ourselves a top level team and we are qualifying in the 20s.

“It is very embarrassing for me and I am sure for all these guys here. Something has to happen.

“The car just won’t load, in the middle part of the corner you can sort of manipulate the car on the brake, but once you clear the brake the car just stops rotating and sort of flat slides in the front.

“To overcome that you use the throttle to try and help rotate the car and then it kills the drive on the exit, it is just not doing what it should. It is immensely frustrating.”

Courtney will return to the track for today’s 200km race at 1415 local time.