BRABHAM: A disappointing end to a great weekend 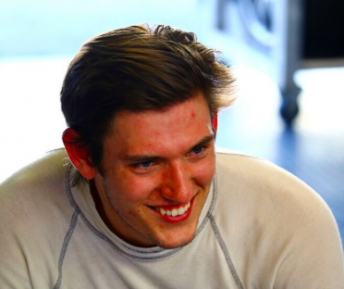 It’s definitely been an eye-opening weekend for me, for sure.

Overall, the weekend was great. Obviously, I would have liked to have had a good result today instead of finishing 26th, but it just didn’t work out.

Yesterday was a lot stronger and we were able to run with the guys all day, but today we ran the wrong strategy and I just struggled for pace.

It was, of course, a huge learning curve for me. I’d never driven a Supercar before in my life so I felt like I got up to speed straight away and in the Saturday race and qualifying I was right there.

That gave me a huge confidence boost and from there I was trying to get a result but for whatever reason we had some issues today.

We went for a gamble with strategy and that didn’t work out, we had problems with tyres and lots of different things going on, and it just wasn’t our day.

I could have performed a lot better as well. I think it was just a combination of everything – my driving, the car, and my inexperience.

Having said that, it wasn’t all bad today. I learned a lot and we were running okay when we were running with the guys again, it’s just that we lost so much time in the first half of the race.

The biggest thing for me this weekend has just been learning how to drive the cars. They require such a different driving style and I felt like I was pretty quick at getting it and showed that in the first couple of days. 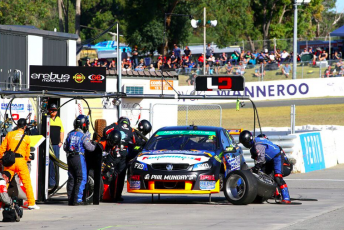 Matthew Brabham came through to 26th after a three-stop strategy

I’ve just got to keep working on it and finding those last little bits and learning how to really get the most out of the car and the tyres. That’s going to take time, as with every race car.

Supercars is super competitive so if one little thing is not right – whether it be the driving style, car set-up, strategy, or whatever – you automatically lose touch with all the guys.

You just have to be on it all the time and we were on it at some points during the weekend and not at others.

If we went into this weekend all over again and had a replay, I think I’d be a lot better off.

I learned a lot so hopefully it proves that I can be in a Supercar and do a good job and it leads to more opportunities.

It was really cool to be a part of and I’m obviously hugely grateful to Lucas Dumbrell, the Repair Management Australia guys, and Phil Munday for putting me in on such short notice.

I had no idea that there was going to be an opportunity there for me to drive this weekend but they decided to put me in the car and I really appreciate it.

Hopefully I was valuable to the team and hopefully it leads to more opportunities for me in the future.