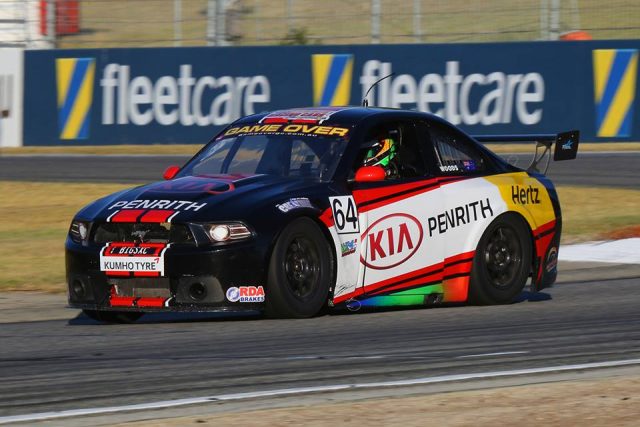 Craig Woods has dominated the first two races in Aussie Racing Cars Round 3 at Barbagallo, while Kent Quinn made a remarkable return after rolling in Race 1.

Woods got the jump from the outside of the front in the opening 12-lap affair, while a strong start for Kel Treseder put he in second position.

After an unsuccessful attempt on Lap 1, Treseder took the lead through Turns 6 and 7 on Lap 2, but held onto the position for only a lap.

Instead, Woods regained the place and pulled away until the Safety Car was called for the stricken Kent Quinn, who rolled at Turn 6 after locking up and hitting the sand sideways.

The Penrith Kia entry took the win under Safety Car conditions despite confusion which saw Michael Rinkin and Ian Chivas end up off the road at Turn 1 after the chequered flag.

Treseder converted his second-placed finish, and thus a second-placed start for Race 2, into an early advantage but didn’t have the pace to keep Woods at bay.

Instead, Woods disappeared to a 4.4s victory in a race which ran uninterrupted despite Jeff Watters finishing in the wall at Turn 7 after a close call with Grant Thompson.

James Duckworth, who salvaged third in Race 1 after a poor start from pole, eventually found a way by Jaie Robson to take second in Race 2.

Robson finished third, ahead of series leader Blake Sciberras and a struggling Treseder.

The top half of the field will be reversed for the start of Race 3 tomorrow from 1020 AWST, giving Craig Thompson the prime starting berth, with Race 4 at 1240. 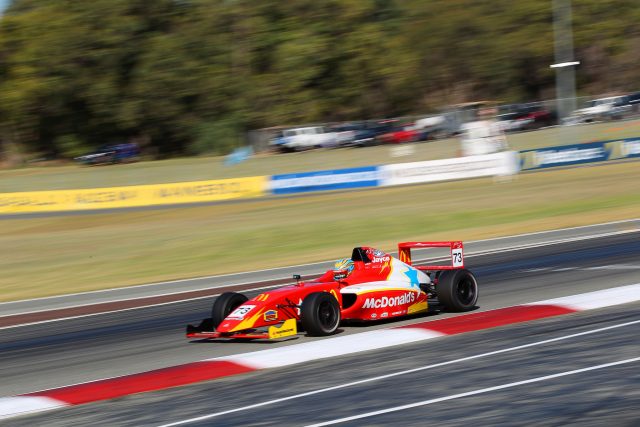 Cameron Shields has been credited with his first ever Formula 4 race win after Nick Rowe was penalised for a jumpstart in the Round 3 opener.

Ironically, Shields led through the first corner before Rowe resumed first position by the end of the opening lap.

With a five-second penalty hanging over him, Rowe pulled a gap on Shields before losing some of the margin over the final laps.

However, it would never have been enough to hold onto the victory, with Rowe ultimately classified fourth after holding a 1.7s lead at the finish line.

“All I had to do was stick with (Rowe) and make sure I kept a gap within five-seconds to take out the win,” recounted Shields.

“I managed the tyres throughout the race and succeeded in doing that, so I took out my first Formula 4 win and I’m very happy!” 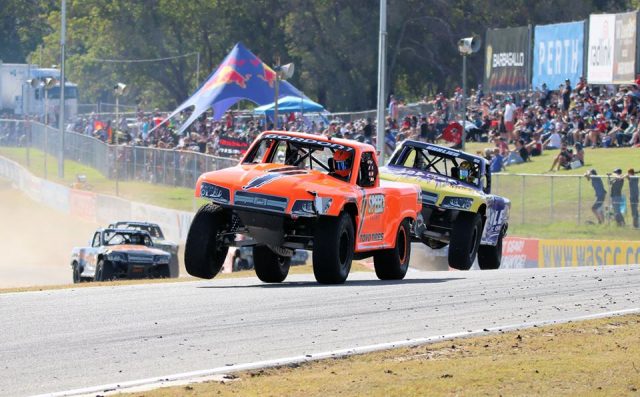 Robby Gordon has run down Gavin Harlien to claim victory in Race 2 of the Stadium Super Trucks, which featured another rollover.

Gordon made short work of moving up to second, behind Harlien, when the standard competition caution was called on Lap 4.

The race was red flagged two laps later when Craig Dontas ended up on his roof off Turn 4, having seemingly been tipped sideways by Beau Robinson and tripping up on the grass.

The South Australian’s incident was far less severe than that of Jake Kostecki’s in Race 1, allowing Dontas to resume the race for an eventual eighth.

Up front, Gordon barged his way past Harlien as the pair entered the short circuit on Lap 10.

Another qualifying session and race follow tomorrow at 0920 and 1310 AWST.