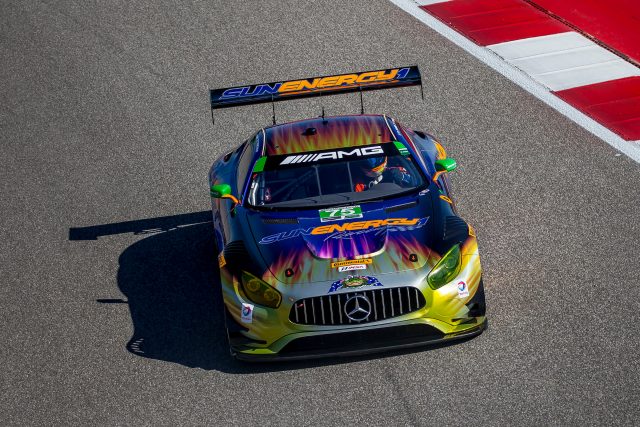 Australian Kenny Habul has overcome a wayward radio in his Sunenergy1 Racing Mercedes-AMG GT3 to qualify 10th in the GTD class for tomorrow’s IMSA WeatherTech SportsCar race in Texas.

In his first ever qualifying session in the championship, Habul battled the major distraction to produce an impressive lap of 2:08.515s around the challenging 3.4mi (5.5km) circuit.

The time was just 0.482s behind GT Daytona class championship leader and multiple Circuit of The Americas winner Ben Keating in the #33 Mercedes-AMG and 0.182s quicker than the #50 Mercedes-AMG of Cooper MacNeil.

Habul was originally to start 11th, but was elevated a position after the second-placed Lexus of Jack Hawksworth was disqualified from the results because of illegal ground clearance. 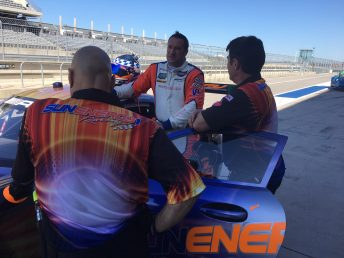 Because he qualified the car, Habul will now start tomorrow’s Advance Autoparts Sportscar Showdown and will spend a minimum of 45 minutes behind the wheel before handing over to Tristan Vautier.

The young French gun was quickest in both Thursday practice sessions and was third-fastest in this morning’s third practice as he worked on a solid race set-up on older tyres.

Habul spent Thursday learning the technical COTA layout on debut, but studied data and video well into the night in an effort to prepare himself for Friday’s 15-minute qualifying run.

The wayward radio fell into Habul’s lap and then bounced in front of the brake pedal early in the session, but qualifying rules restricted the Charlotte-based Australian from pitting and having his crew rectify the problem.

His times consistently improved and he notched his fastest effort on his penultimate lap with slower traffic almost certainly costing him the opportunity to go even faster on his final pass.

“It wasn’t bad. It was just one of those drama-filled sessions,” said Habul.

“The radio fell down early in the session and fell into my lap. From my lap, it bounced in front of the pedals so I couldn’t get to the brake.

“I was trying to get it out with my foot and I had to brake with my heel and the thing got jammed down there in the end and it kind of put me off a little bit.

“So it wasn’t perfect. There were probably three quarters of a second left in it, but we didn’t tie it all together.

“It doesn’t really matter. We will be okay. 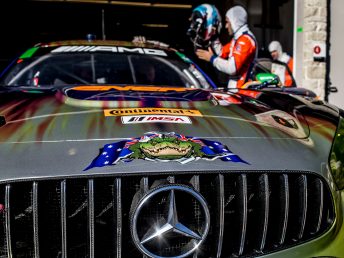 “There are plenty of turns here at COTA and it is pretty technical. It is a little tricky in our car because it has a long wheelbase.

“Then you have a combination of slow corners and hairpins and then you have the fast corners, so it is challenging to set up.

“At the end of the day it is my job to bring it back to Tristan in a good spot and let him go out there and go crazy.”

Fellow Australian Ryan Briscoe was fourth in GT Le Mans and 15th outright in his Ford GT40 after spinning on his final qualifying lap.

Mathieu Jaminet was the fastest qualifier of the 17 GTD entries with a 2:06.531s.

John Edwards led the GTLM class with a 2:02.833s in his BMW, James French led the way in Prototype Challenge with a 2:00.066s in his OREC and Ricky Taylor took the outright pole with a 1:54.809s in his Prototype Cadillac.

The race will be streamed live on IMSA.TV.

Next Story Aussie Habul on WeatherTech podium in Texas