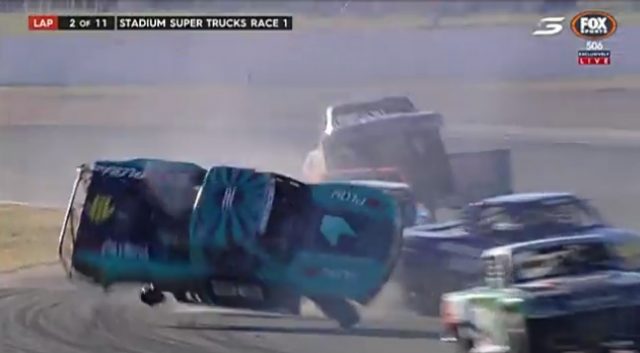 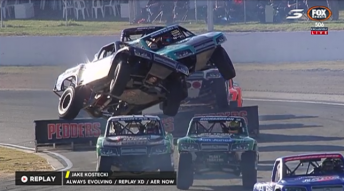 Jake Kostecki has marked his Stadium Super Trucks debut with a wild rollover during Race 1 at Barbagallo Raceway.

Kostecki and Travis Milburn made mid-air contact as they negotiated the jump between Turn 1 and Turn 2 on Lap 2 of the race, pushing the West Australian native into an awkward landing which flung his truck over.

Truck #75 rolled over four times and was also hit by Paul Morris, who could not avoid the incident, before coming to rest on its three remaining wheels. 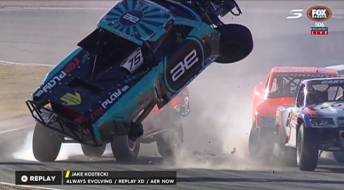 Kostecki attempted to drive the truck away before giving a ‘thumbs up’ to recovery crews.

The race was red flagged before Sheldon Creed eventually took the victory.

A full support wrap will follow later in the day 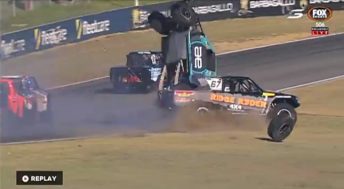