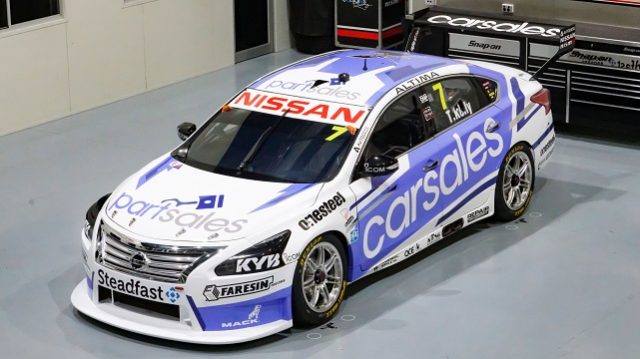 Todd Kelly will carry a new livery for the second time in three events at this weekend’s Perth Super Sprint.

Partsales is a sister brand of bikesales, which ran on the side of the #7 Altima during the last two events at Symmons Plains and Phillip Island.

The new website is part of the carsales network, providing a marketplace for parts retailers online.

“It’s always cool to rock up to a race weekend with a new identity,” said Kelly.

“I feel like a bit of a spy sometimes with a heap of different passports.”

“To have partsales on the car and to help be a part of that new platform is very cool,” added Kelly.

“Partsales is one of those platforms that’s been lacking in the market.

“One of my favourite things to do after a long day’s work is to look through parts magazines, so to be able to do that on one website now is very cool.” 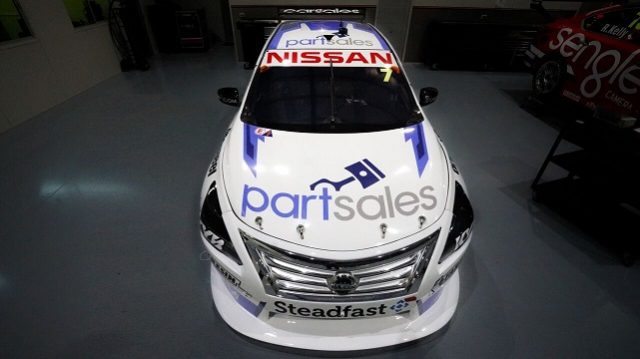