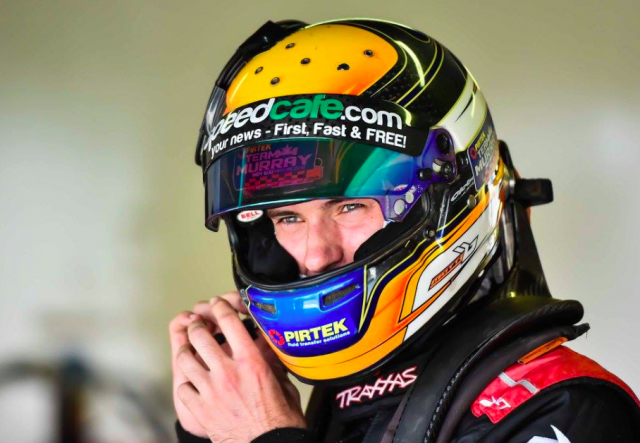 Matt Brabham is working towards a shock Supercars debut at this weekend’s Perth Super Sprint as a last minute replacement for Taz Douglas at Lucas Dumbrell Motorsport.

Brabham, who was already in Perth for the Stadium Super Trucks support races, appears poised to take over the #3 Repair Management Australia Commodore, in place of Douglas, who had other engagements.

His Supercars debut is subject to securing a Supercars superlicence exemption from the Confederation of Australian Motorsport (CAMS) as the American-Australian does not meet the criteria to qualify for a licence.

If secured Brabham will replace Douglas, who had filled the seat on an event-by-event basis due to Matt Chahda’s failure to obtain a Superlicence after originally being announced as the permanent driver.

Brabham has confirmed to Speedcafe.com that there is a chance he will be in the car, but is awaiting 100 percent confirmation and approval from CAMS.

“I think it would be awesome (if it comes off),” Brabham told Speedcafe.com.

“All my buddies that I grew up racing with in go karts are in Supercars now so it was cool to see them move up the ranks while I was over in America.

“I’ve obviously wanted to race the V8 guys and it would be a good chance. At the same time I have never driven one before and the goal will be to just get laps in and keep it clean.”

Since starting last year’s Indianapolis 500 and Indianapolis Grand Prix IndyCar races for Pirtek Team Murray, Brabham has been a fixture in the Stadium Super Trucks, picking up a win during the most recent round in Long Beach.

While in Sydney for his Toyota 86 drive, Brabham expressed a desire to test a Supercar, having tested a Late Model NASCAR in 2015.

The latter of those was with the powerful BMW Motorsport team, with whom he was also a two-time runner-up in the Australian Super Touring Championship.