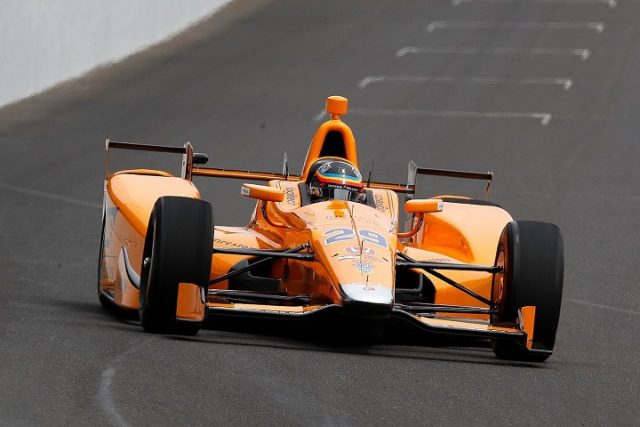 Fernando Alonso is officially eligible for a start in this year’s Indianapolis 500 after passing the rookie orientation program at Indianapolis Motor Speedway.

Alonso undertook a private test with Andretti Autosport at the speedway, and met the required speed tests after approximately an hour of running.

Andretti Autosport full-timer Marco Andretti completed a shakedown of the papaya orange McLaren Honda before Alonso took to the track.

While the testing program was delayed by cold weather which pushed back the shakedown, the Spaniard passed the shakedown with a minimum of fuss. 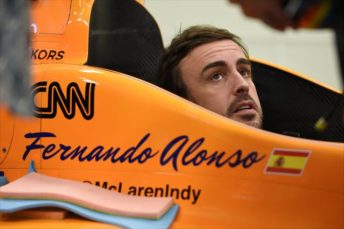 Alonso in the orange McLaren entry

“It was fun,” said Alonso after passing the speed tests.

“I think it’s a good way to start to build the speed. It was probably a little bit difficult at the beginning to reach the minimum, but in the next stages I felt good.

“Hopefully we can put some laps now and start feeling the car a little bit because at the moment the car is driving itself. I’m not driving the car.”

The 35-year old admitted that he had taken time to build up to lapping Indianapolis at high-speed, but gained confidence throughout the day.

“At the beginning, to be honest, the right foot was having its own brain, its own power,” he explained to trackside commentary.

“It was not connected with my brain, so I wanted to be flat out but the right foot has its own life.

“He did perfect, everything that he was supposed to do,” said Andretti.

“(He) got through all three phases so now we can go play a little bit.

The 1991 IndyCar World Series champion noted that Alonso was able to evaluate his own driving during the first runs, despite having not driven on the full speedway before.

“He gets it, he’s one of the best in the world and you can see why.

“He watched what he was doing with his line, he was changing it up lap after lap to get a feel.

Alonso will return to the Brickyard when practice for the Indianapolis 500 begins on May 15, a day after the Formula 1 Spanish Grand Prix in Barcelona.