Rullo aims to spring a surprise on home soil

Rullo aims to spring a surprise on home soil 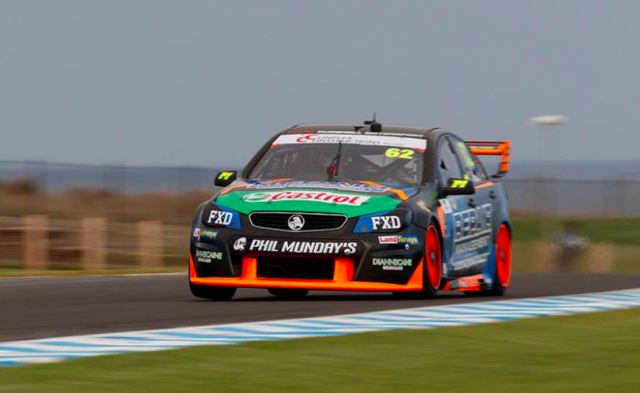 Alex Rullo is hoping a combination of his home track and a car proven in preserving its rubber will provide a platform for his strongest Supercars showing yet at this weekend’s Perth Super Sprint.

Despite limited experience, the 16-year-old has coped admirably with the leap from the Dunlop Super2 Series to the main game with Lucas Dumbrell Motorsport this year.

After championship rounds at Adelaide, Tasmania and Phillip Island, Rullo heads to the familiar surroundings of Barbagallo Raceway, situated in his native Perth, with his confidence growing.

Off the back of his most complete weekend yet at Phillip Island, the schoolboy has earmarked the home round as an opportunity to offer a glimpse into his potential.

Rullo, who expects to be on the pace from the start, believes he can spring a surprise result at the circuit.

Harbouring an abrasive surface tough on tyres, the rising star says Barbagallo Raceway should suit his LDM Commodore, which is kind on rubber.

“I think the rear tyre wear will be a talking point in the races and I think that is where our car is good,” Rullo told Speedcafe.com.

“It has been really balanced in all the races so far. If we can keep that rear tyre life in hand and manage that during the race then we will be pretty good.

“Being my home track I don’t have any excuses for being off the pace so I expect to be on it straight out of the gate.

“I think in qualifying we lack the pace, we have got older cars with less upgrades than other teams.

“In terms of getting the maximum pace out of the car that is where we are struggling.

“There is a fair bit of time to be gained in just myself but at Phillip Island I got the most out of the car.

“In the races it is down to the car and I think tyre life is one of our strong points so we should be able to gain a few places.

“I don’t think we have gone backwards in a race yet that we have done the full distance in. Hopefully that plays out for us in Perth.”

While racing in familiar surroundings provides an advantage, Rullo admits his home race does present plenty of mental pressures to deal with.

“The whole week is going to be one of my biggest this year in terms of media,” he added.

“It will be tough managing that but I think I’ve managed to pretty well so far. I’m not expecting that to get in the way.”