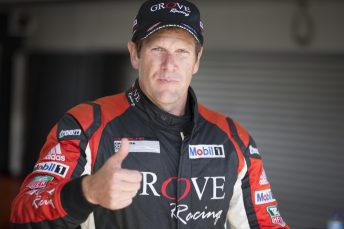 The 2014 TAG Heuer Carrera Challenge winner is set to make an appearance in a round of the Carrera Cup France series, which supports this weekend’s FIA World Endurance Championship meeting at the famous Belgian circuit.

Grove will join the 2016 French championship winning team Pro GT by Almeras for his Spa debut.

This weekend will be the Melbourne-based driver’s second international Carrera Cup appearance having taken part in a joint Carrera Cup Great Britain and France round, which supported the 2014 Le Mans 24 Hours.

“I’ve never been to Spa before so to go over there and benchmark myself against the French Elite drivers will be really good,” said Grove.

“And to work with another team and another engineer will be fantastic. I’m really looking forward to it.

“Porsche has a great international racing programme that allows you to race in different Carrera Cup championships around the world and race in a car you’re familiar with on some of the world’s best tracks. It’s an unbeatable experience.

“I’ll see how we go this weekend and hopefully do some more overseas Carrera Cup rounds later in the year.”

Grove will use the outing as preparation for the Pro-Am Carrera Cup Australia round held at Phillip Island from May 26-28.