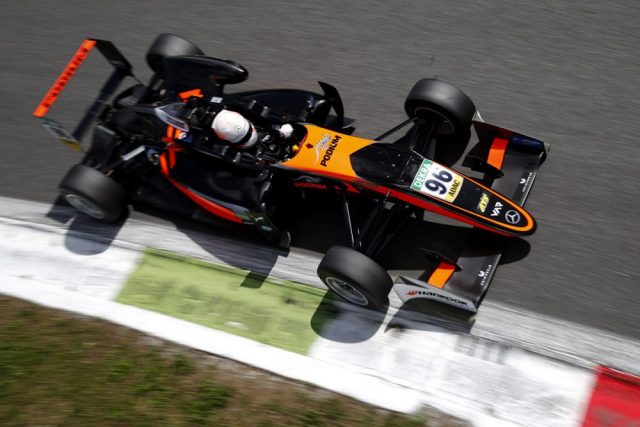 Lando Norris, Joel Eriksson, and Callum Ilott claimed a win apiece as Australian Joey Mawson endured a shocking weekend in Round 2 of European Formula 3 at Monza.

In Race 1, Norris recovered from a poor start, which saw him drop from the front row to fourth, to run down Jehan Daruvala and take victory.

Mawson finished 14th after being slapped with a drive-through penalty for contact with team-mate Pedro Piquet.

Eriksson led all the way in Race 2 but had to work hard to beat Norris to the chequered flag, Mick Schumacher took a maiden European F3 podium, while a puncture consigned Mawson to 16th.

In Race 3, the second row of Ilott and Guan Yu Zhou beat the front row of Eriksson and Norris off the line.

While Norris and then Eriksson re-passed Zhou, neither could mount a challenge to Ilott.

“It was one of those weekends when nothing went right,” said Mawson.

“No matter what we tried with the car we just couldn’t extract the most amount of speed out of it which left me vulnerable in the races.”

Eriksson holds a one-point championship lead over Norris leading into Round 3 in Pau on May 19-21. 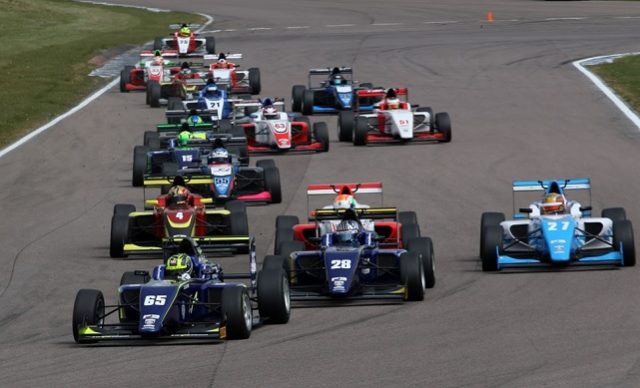 Harry Hayek has dropped from 10th to 13th in the British Formula 3 Championship after a Race 3 DNF in Round 2 at Rockingham.

In Race 1, Enaam Ahmed needed only three corners to slice from fourth on the grid to first position, before seeing off a challenge from Cameron Das to take his fourth win in a row after sweeping Round 1.

The part-reverse grid Race 2 began with a three-car incident which saw Ahmed drop even further back as he took evasive action, but allowed Das to take up third position.

The American Das made up the next two positions by the halfway mark and eventually cleared out to the win.

That Safety Car was caused when Hayek made contact with Nicolai Kjaergaard, ending both their races.

The Australian had finished 12th and seventh in the earlier two races. 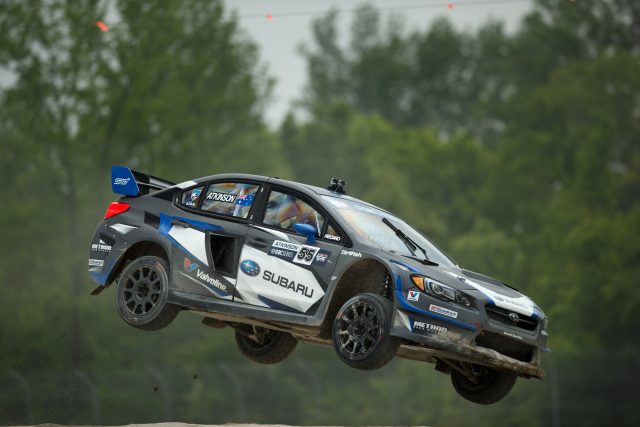 Scott Speed has won the opening round of the Red Bull Global Rallycross championship in Memphis, while Chris Atkinson was eighth in the final.

Speed won three heats, including his semi-final, before leading Tanner Foust all the way to a one-two in the final for Volkswagen Andretti Rallycross.

Steve Arpin used his joker lap to move up to third in the final, but couldn’t threaten the dominant Speed and Foust pair.

Atkinson, who won his second round heat, is eighth in the championship, which resumes in Louisville on May 20-21. 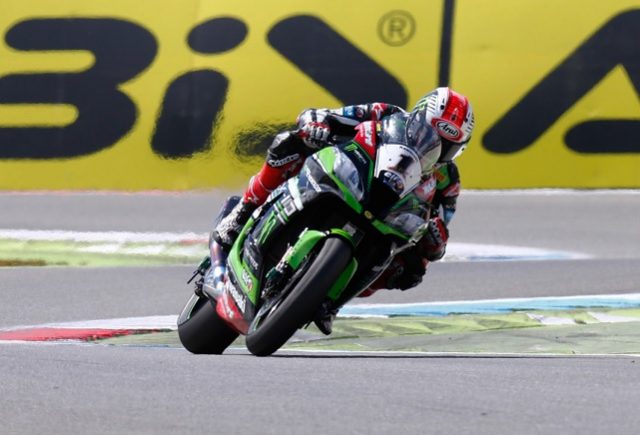 Jonathan Rea has bagged another pair of race wins in Round 4 of the World Superbike Championship at Assen.

Rea had taken pole for the opener but was put back three grid positions for blocking Chaz Davies during Superpole.

Davies took the initial lead and the race soon developed into a three-bike battle between he and the two factory Kawasakis of Rea and Tom Sykes.

After trading positions on Laps 18 and 19, Rea took the lead for good on Lap 20, the penultimate lap, at the end of which Davies’ Aprilia ground to a half with a mechanical issue.

In Race 2, Rea led comfortably before a mid-race error gave Sykes a chance, and the defending champion ultimately edged his team-mate by just 0.025s.

Davies rode through the field to finish third.

Rea’s championship lead is a commanding 64 points ahead of the Imola round on May 12-14. 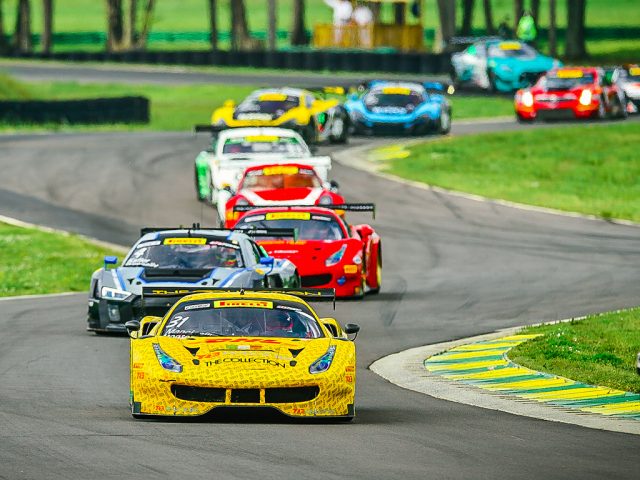 SprintX headlined Round 3 of the Pirelli World Challenge at Virginia International Raceway.

Italians Daniel Mancinelli and Andrea Montermini won the opening SprintX race in a Ferrari 488, despite the former making contact with Pierre Kaffer midway through the race that saw both cars spin.

In Race 2, Daniel Morad and Ryan Dalziel won after leading for all but the pit stops cycle.

The race was cut short after Stefan Johansson and Philip Bloom had a sizeable hit with each other, though the pair were later released from the circuit’s medical centre.

Round 4 takes place at Canadian Tire Motorsport Park on May 19-21, where SprintX is again the main event. 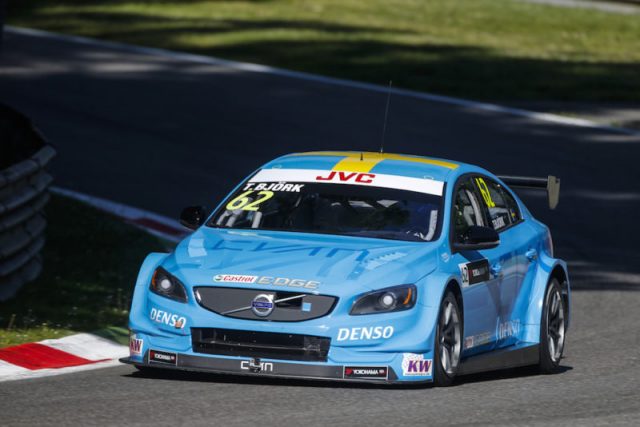 Tom Chilton and Thed Bjork have shared race wins in Round 2 of the WTCC at Monza.

Chilton won the Opening Race having inherited the lead on Lap 3 due to a clash between Mehdi Bennani and Norbert Michelisz, before holding out fellow Citroen driver Robb Huff at the end.

Michelisz was attempting a move on Bennani when the two came together at the Parabolica, sidelining both.

Volvo’s Bjork made a poor getaway from pole in the Feature Race but took the lead off Tiago Monteiro by the end of the opening lap, pulling away after a mid-race Safety Car to take a straightforward victory.

Honda’s Monteiro nevertheless leads the championship ahead of Round 3 in Hungary from May 13-14. 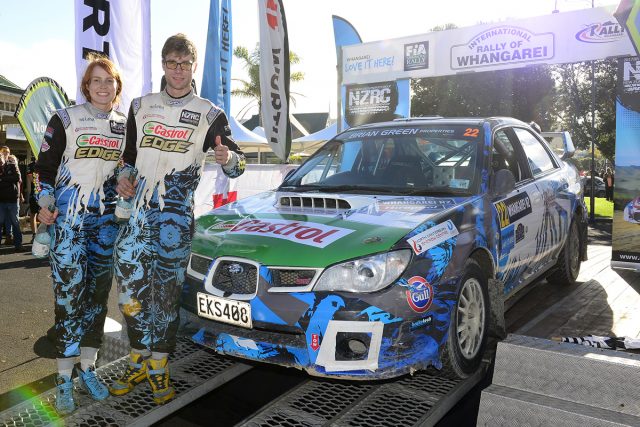 Matt Summerfield has taken out Round 2 of the New Zealand Rally Championship, the International Rally of Whangerei.

Summerfield and his sister co-driver, who led heading into the final day, had to fight back after being penalised for an exhaust manifold change on their Subaru Impreza which delayed the pair.

They managed to reclaim the lead from Dylan Turner on the second stage of the day and ultimately won the rally by 1:06.4s.

Graham Featherstone finished fifth overall but leaves the Northland event with the championship lead after Round 1 winner David Holder retired late on the Saturday with a cambelt failure in his Hyundai i20.

Round 3 is the Canterbury Rally on June 4.