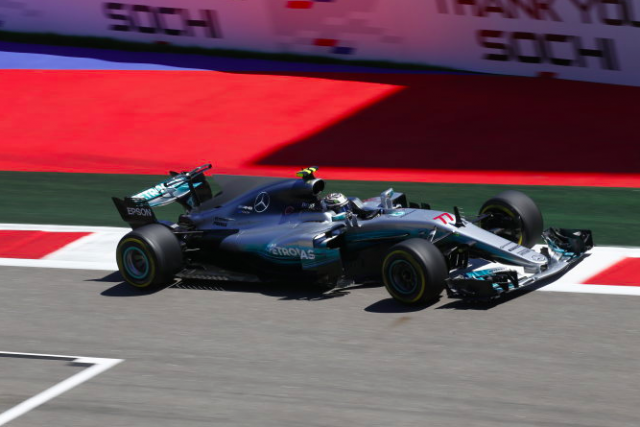 Valtteri Bottas declared his breakthrough Formula 1 race win as ‘worth the wait’ having finally triumphed on his 81st start in the category at the Russian Grand Prix.

The Mercedes driver dominated large parts of the race but was put under immense pressure by the hard changing Ferrari of Sebastian Vettel in the final laps.

The Silvers Arrows’ new signing managed to hold his nerve to fend off the four-time world champion to claim his first race win.

Bottas had visited the F1 podium 11 times since he graduated to the sport with Williams in 2013.

“It took quite a while, more than 80 races for me, but it’s definitely worth the wait,” said Bottas, who joined Mercedes as a replacement for Nico Rosberg in the off-season.

“This strange opportunity came to me in the winter to join the team and they made it possible, so I want to thank them.

“I always knew I could get good results if everything goes right and I always trust in my ability.

“But it’s nice to get confirmation that the results are possible. It’s good to continue from here.

“I felt good, but it’s a little bit surreal the first win and hopefully the first of many.

“It was definitely one of my best races ever, so it’s a good feeling and I am happy.”

Having followed the Finn for much of the race, Vettel felt an ‘amazing’ opening stint from Bottas set up the victory.

“Our start was probably a match with Valtteri,” said Vettel.

“Maybe he gained a bit of momentum, he had a massive tow.

“I defended the inside but when we approached the braking zone he was in front and able to shut the door on me. That is where he won the race, he then had an amazing first stint – I couldn’t stay with him.

“It was Valtteri’s race, he drove an incredible race, he had incredible pace. He deserved to win because he drove better than all of us.”

Bottas is lying third in the championship standings just 23 points adrift of Vettel ahead of the Spanish Grand Prix from May 12-14.