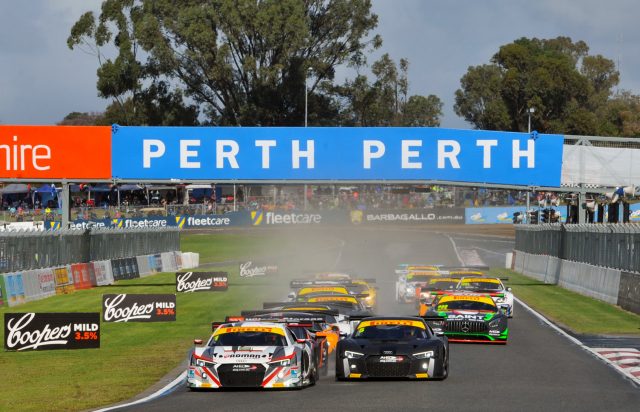 Australian GT crosses the Nullarbor for Round 3

Championship leader Roger Lago will be driving solo when a 20-car field grids up in Perth for Round 3 of the Australian GT Championship.

Lago shared the JBS Lamborghini R-EX with David Russell last time out at the Australian Grand Prix, but will run on his own at Barbagallo as he did in Adelaide.

Fraser Ross will also be alone in a McLaren 650S after sharing with Come Ledogar and then Lewis Williamson in the first two rounds.

At Jamec Pem, Geoff Emery continues to be partnered by Audi factory driver Kelvin van der Linde, who won both of his races at Albert Park, while Steve McLaughlin returns in the sister R8 after missing Round 2.

Max Twigg’s Mercedes will see a racetrack in its new WM Waste Management war paint for the first time in the West.

Round 3, supporting the Perth Super Sprint from May 5-7, will be run over a pair of 60-minute races in a return to the standard Australian GT Championship format.