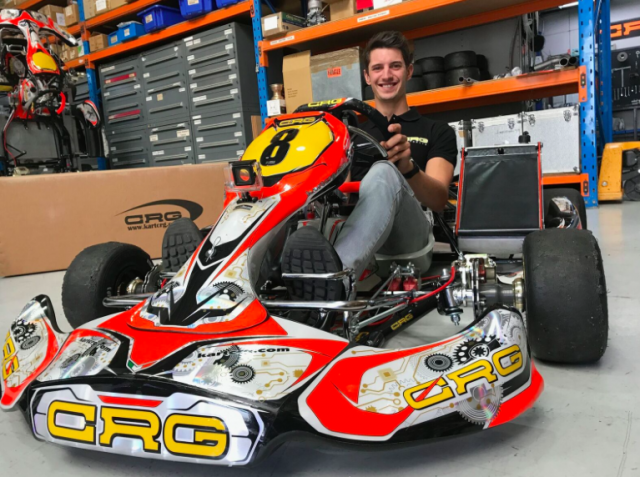 The South Australian will compete in the elite KZ2 class for the CRG Australia team having made an appearance in the second round of the series at Geelong earlier this month.

Percat has been given permission to participate in the championship by BJR team boss Brad Jones.

The 28-year-old feels the opportunity will allow him to stay sharp in between Supercars rounds.

Percat will make his next appearance in the Australian Karting Championship at Monarto, South Australia from May 26-28.

“Testing is so limited in Supercars you’ve got to make sure you stay on top of your game and for me there is no better training than actual racing,” said Percat.

“I’m really excited about being able to commit to the remainder of this year’s Championship with the CRG Australia team.

“I won’t be out there just to make the numbers up, I’ll be out there to fight for podium results – both for myself and the team.”

“At the end of the day we’re all racers, if its got wheels we’ll race it and deep down Brad is one of the purest racers you’ll ever meet.

“He can really see the benefit of karting and I thank him for allowing me to be able to race and do what I love doing.

“Racing a KZ2 gearbox kart is more physical than driving a Supercar. You’re doing something between 25 and 35 gear changes per 40 second lap, with karts right in front and behind you – it’s intense.

“Anything that can keep you sharp in between rounds is a real bonus in the long run.”

The 2011 Supercheap Auto Bathurst 100 winner is lying 21st in the Supercars Championship standings ahead of next weekend’s visit to the Perth Super Sprint.

Next Story Rullo aims to spring a surprise on home soil