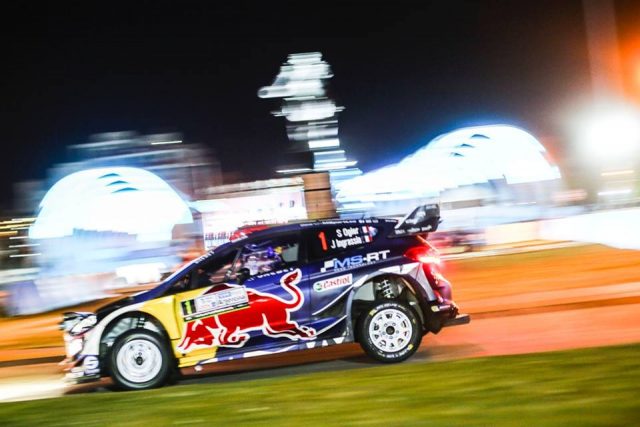 Sebastien Ogier is the overnight leader after the opening stage of Rally Argentina through the streets of Cordoba.

Ogier set the pace by 0.9s under the night sky on the 1.75km super special stage, ahead of Hyundai’s Dani Sordo and M-Sport’s Elfyn Evans, who tied for second.

“I tried to push and I’m quite happy with my driving in there,” said Ogier.

Sordo and Evans had held the lead prior to the M-Sport Ford Fiesta driver’s effort on the mixed asphalt/gravel surface.

Hyundai’s Thierry Neuville was 1.7s off the pace in fourth position after an error at the first corner.

Day 2 action in Round 5 of the World Rally Championship features two loops through the Calamuchita Valley totalling 140.56km, each finishing with a super special stage at a theme park.