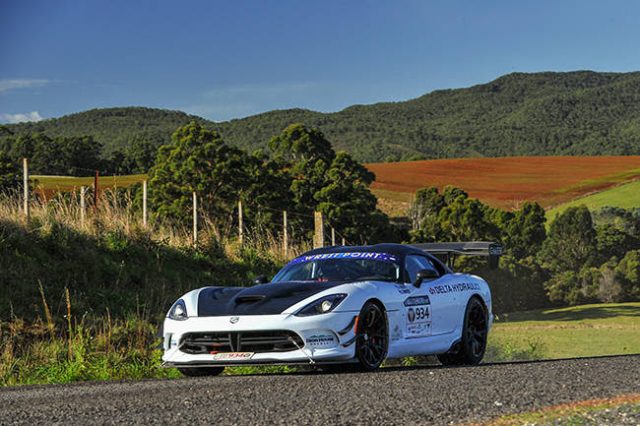 Jason White remains in control of the Targa Tasmania with two days remaining despite losing margin to Matt Close on the run from Burnie to Strahan.

White added 6s to his lead on run out of Burnie, before Close ran fastest through each of the next five stages.

However, White undid most of the damage in the final stage of the day, losing only 5s across the seven stages and 89.1 competitive kilometres.

The 2016 Dodge Viper driver and navigator John White thus lead by 55s with more than half the six-day rally complete.

“We tried not to use the tyres up too much through Hellyer Gorge (fifth stage of the day) as it’s not that kind to our tyres, but we’ll pick and choose the bits where we can go fast and make up some time.

“Through the fast stuff is where we will push on, but through the tight stuff we just have to make sure the tyres are happy.”

The penultimate day of Targa Tasmania takes the field through the middle of the landmass from Strahan to Hobart in six stages.

The day begins with the gruelling 33km stage out of Strahan, followed by the rally’s longest stage, the 53km of Mt Arrowsmith.