Earnhardt Jr.: I wanted to go out on my own terms

Earnhardt Jr.: I wanted to go out on my own terms 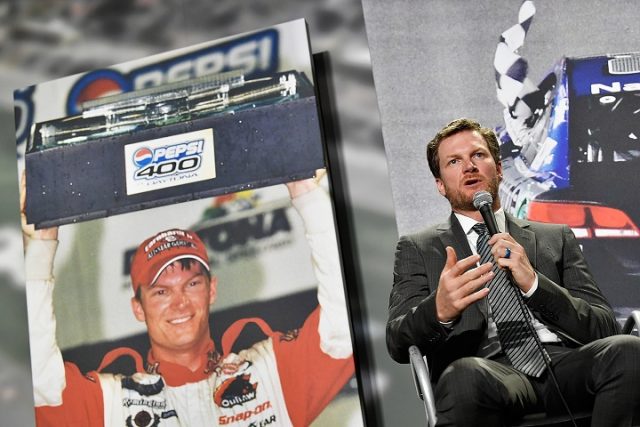 Dale Earnhardt Jr. says that his concussion-enforced absence from racing last year led to a decision to retire at a time of his own choosing.

The Hendrick Motorsports driver made the announcement via a team statement issued on the morning after Monday’s Bristol NASCAR Cup race, before addressing the media in a lengthy press conference that afternoon.

Earnhardt Jr. sat out the final 18 races of the 2016 season after delayed concussion resulting from a crash at Michigan in June, an experience which he says prompted him to want to be able to make the decision to retire for himself.

“You’re wondering why I reached this decision,” he said.

“It’s really simple, I just wanted the opportunity to go out on my own terms.

“As you know, I missed a few races last year and during that time I had to face the realisation that my driving career may have already ended without me as so much getting a vote at the table.

“During my rehab, I was given time to understand what’s important to me; time to realise the incredible support system I have in my wife, my team, and my doctors; and time to work like hell to wrestle back some semblance of say so in this whole matter.

“So that became my motivation; the opportunity to stand here at this podium to announce my choice rather than some fate that was decided for me.”

The 42-year-old will see out the current Monster Energy NASCAR Cup Series campaign, an opportunity which he reflected on in glowing terms after facing an uncertain future during his lay-off.

“This season has been a blessing to me. It’s been a gift to be at the racetrack, to run every lap,” he added.

“I don’t remember myself ever being so excited for practice on Friday and Saturday, getting up at 8:30 in the morning.

“Not 18 months ago I was on Twitter complaining about 8:30 practices, and I can’t wait to get to them now.”

Earnhardt Jr., who co-owns Xfinity series team JR Motorsports with Hendrick and sister Kelley Earnhardt Miller, says that he will continue to be involved in the category in some capacity.

That future includes an existing commitment to two Xfinity Series races with his own team in 2018, which he reiterated to the assembled media.

“I am eager to explore new opportunities,” Earnhardt Jr. explained.

“I don’t see myself really detaching from NASCAR. My intention is still to be involved in the sport on some level.

“In fact, I still have two Xfinity races to run for JR Motorsports in 2018, so even after this season is over, you’ve not seen the last of me on the racetrack.

“But more than that, I want to be a part of the future of this sport for many, many years to come.”