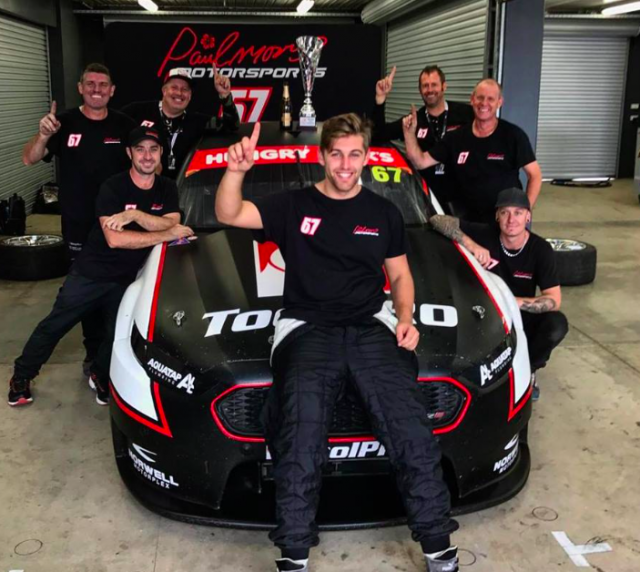 Anton de Pasquale says his maiden Dunlop Super2 round and race win is a breakthrough moment in his transition from single seaters to touring cars.

Competing in only his second season in touring cars, the Paul Morris Motorsport driver showed his burgeoning talent by taking out Race 4 at Phillip Island, which helped him to a coveted round win at the Victorian venue.

De Pasquale has moved to sixth in series standings after recording two fourths and a second, before capitalising on tyre failure for Jack Le Brocq on his way to victory in the final heat last weekend.

The 21-year-old has enjoyed a swift transition to touring cars having raced single seaters up until last year.

His previous best result in the series was a third at the Supercheap Auto Bathurst 1000 meeting in October.

The former Australian Formula Ford and Formula Renault 1.6 NEC champion says moving to tin tops has presented a significant challenge that has been aided by his experienced team boss Paul Morris.

“Any racing you do, the first win is always a special one,” de Pasquale told Speedcafe.com.

“We have been playing up to it for a fair few rounds now.

“The emotions are enormous. You always go in hoping to win and when you do it’s a massive relief.

“It’s been pretty tough with the difference from going from a small light single seater to a big heavy car, where every little input has a big effect because you have so much mass going in all directions.

“Paul (Morris) has been a massive help in guiding me and the team has been doing a great job.

“Having the new Falcon FG X this year has sped up the process a bit too.

“I hope this is a breakthrough moment. It is still early days in my touring car career.

“Now every time I go out there I have a little more confidence and car speed.

“I hope all the Supercars teams were watching and I think they always are watching the Super2 races to be fair.”

Although handily placed after three of the seven rounds, de Pasquale says his focus is not being swayed by a possible title push.

“I’m not counting any chickens but all we can do is go for the most points as we can,” he added.

“We are just chasing good results and we will see how the championship goes. That is not our focus and we just want to finish each race with good points.”

The Dunlop Super2 Series will reconvene at the Townsville 400 from July 7-9.