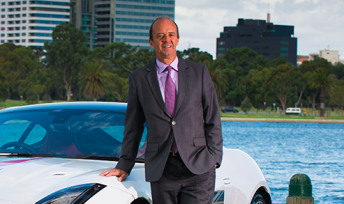 Australian Grand Prix CEO Andrew Westacott has joined the Board of Directors at the CAMS Foundation.

The organisation has offered support to an array of talent including Daniel Ricciardo, Will Power, Chris Atkinson, Molly Taylor, James Courtney, Will Davison, Scott Pye, Macauley Jones and Will Brown.

The foundation is led by general manager Bruce Stewart and chairman Valentina Stojanovska.

“It is an honour to join the CAMS Foundation Board, and to play a part in unearthing and assisting future champions of our sport,” said Westacott.

“Not only can the CAMS Foundation celebrate Daniel Ricciardo as one of its graduates, but we’ve seen success in IndyCar with Will Power, Molly Taylor as an Australian Rally Champion, many junior drivers in a variety of categories and many current drivers on the Supercars grid.”