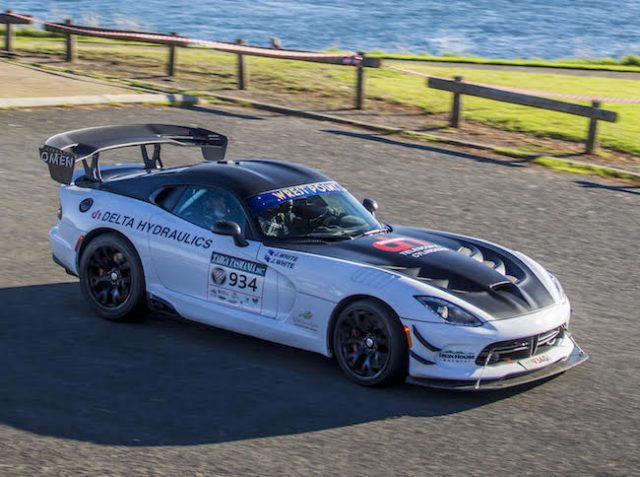 Jason White continues to lead Targa Tasmania as Matt Close won the street stage through George Town on Day 2 of the rally.

Close, navigated by Cameron Reeves, edged White by three seconds in his 2015 Porsche 911, remaining in third but closing the deficit to 34s.

The 2016 winner was relieved to have dry running for the 4.79km stage, after most of the opening day was run in damp conditions.

“It’s still early days, but we’re really happy with where we are,” said Close.

“On the dry I’m massively comfortable with the car. It’s not too different to last year’s car, but just with a bit more grip, so if it’s dry we’re happy to go hard at it.”

White actually extended his margin over second-placed Michael Pritchard, albeit by just the one second, as he finished second for the day.

Pritchard and fourth-placed Paul Stokell set an identical time to be third-fastest through George Town, on the mouth of the Tamar River.

Just a single stage was held during Leg 2 due to ANZAC Day commemorations.

Leg 3, on the other hand, sees 139km of running over eight stages near Burnie and Devonport, including the 38km Cethana and 36km Riana stages.

See below for highlights