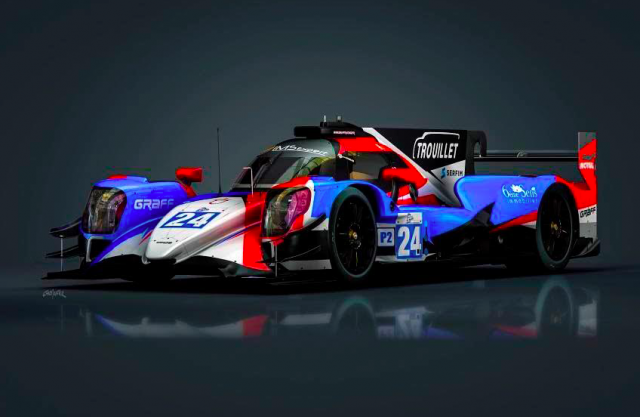 Double Australian Formula 3 champion James Winslow will embark on his third attempt at the Le Mans 24 Hours after securing a deal with a top French LMP2 outfit.

The Australian-based Brit will rejoin GRAFF Racing for another crack at the iconic French endurance classic.

Winslow, who won Australian F3 titles in 2008 and 2012, will drive a 2017 specification Oreca Gibson LMP2 alongside French drivers Enzo Guibbert and Eric Touillet.

The experienced sportscar driver competed at Le mans in 2016 and 2014 with his best result a 44th while driving for Swiss LMP2 squad Race Performance last year.

“After the success last year with Graff I’m extremely happy to be joining them again in 2017, this will be my third 24 hours of Le Mans and this year we want a podium.

“The team are more than capable and my co-drivers are strong.

“LMP2 cars have evolved for this season with more power and more aerodynamics, I’m looking forward to driving the new 2017 Oreca 07 Nissan and fighting for a podium position with a team I know well.”

Winslow drove for GRAFF Racing in last year’s Road to Le Mans LMP3 race and won the prototype class for the team at the Gulf 12 Hours last year.