The start of Race 2

Will Palmer leads the Formula Renault Eurocup after a tough opening round at Monza for the four-strong Aussie contingent of Zane Goddard, Luis Leeds, Thomas Maxwell, and Alex Peroni.

Goddard had climbed from 18th on the grid to 12th but lost three positions when the result was back-dated.

Palmer led all the way in Race 2 while Shwartzman battled to 23rd after contact with Gabriel Aubry in the fight for third.

Thomas Maxwell was the clear standout for the Australians in fifth, with Goddard 20th and Leeds 24th.

Peroni retired after contact with Henrique Chaves on Lap 2.

Formula Renault Eurocup continues at Silverstone from May 12-14. 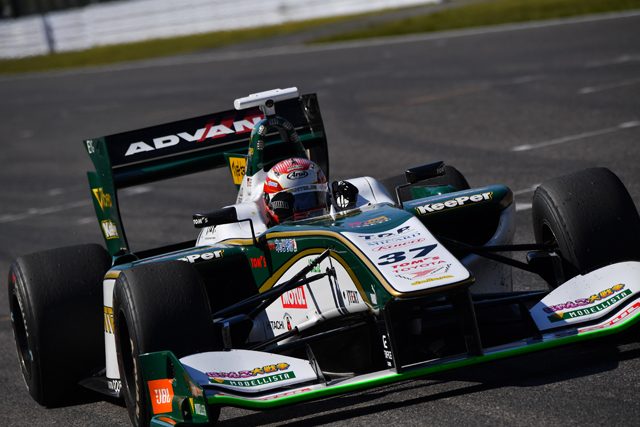 Nakajima led the 35-lap, 200km journey from pole position as Naoki Yamamoto gained a position to move into second.

It wasn’t long before the compulsory pit stops were in full swing, though Nakajima was one of the last to take his as he waited until the only Safety Car of the race, called when Kazuya Oshima spun out and became stranded at the Spoon Curve on Lap 23.

That kept Nakajima in the lead and he pulled away to a five-second victory over the final eight, green-flag laps.

Yamamoto ran second all the way while Yuji Kunimoto completed the podium.

Cassidy qualified 14th in the 19-car field and finished a lap down. 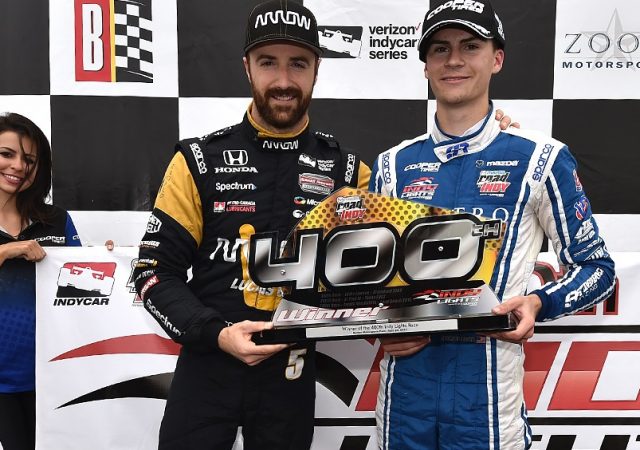 Nico Jamin and Colton Herta each won a race in Round 2 of the Indy Lights series at Barber Motorsports Park.

Jamin won Race 1, which began in messy circumstances when Herta damaged his rear wing while trying to pass pole-sitter Kyle Kaiser at Turn 1, and Pato O’Ward and Santiago Urrutia came together, bringing out the Safety Car.

The Frenchman passed Kaiser shortly after the restart and cleared away to a comfortable win.

Herta became the first repeat winner in the season’s first four races when he took out the 400th race in Indy Lights history on the Sunday.

After an early caution for an incident between Pato O’Ward and Zachary Claman De Melo, the 17-year-old cleared out 9.1s victory in the 35-lap race.

Herta thus extended his series lead ahead of Round 3 on the Indianapolis road course on May 12-13. 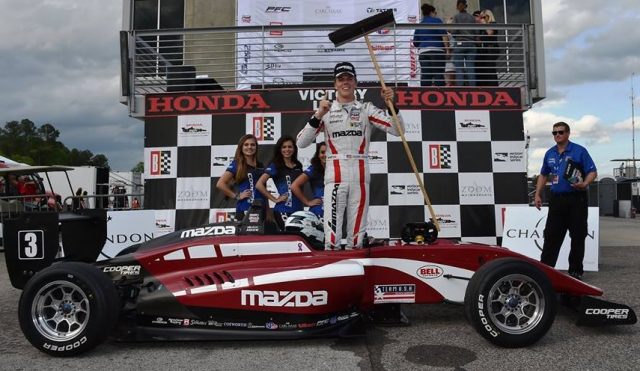 Oliver Askew ‘swept’ the Barber round

Oliver Askew led every lap of the weekend on his way to winning both USF2000 races at Barber Motorsports Park.

The 20-year-old, who also took both poles, gradually pulled clear in Race 1 before surviving a late Safety Car period, and drove away with Race 2 after an early caution.

Australian Bayley Mickler had a terrible time in Alabama, retiring from Race 1 with a mechanical problem before an opening-lap incident took him out of the contest in Race 2.

With three wins from the first four races, Askew tops the points table leading into Round 3 at the Indianapolis road course on May 12-13. Mattias Ekstrom has extended his World Rallycross Championship lead with another round win, in Portugal.

Ekstrom prevailed over Sebastien Loeb in a thrilling final, the pair running together all the way after both took their joker on the opening lap.

The race gradually came back to the Swede as the rest took their jokers, but he only just held onto the lead when Loeb made a lunge in the final corners on the Montalegre circuit.

“That was one of the hardest fought wins in rallycross,” said Ekstrom.

“I had a hungry Frenchman (Loeb) on my bumper in the last lap but he is a fair racer – I managed to defend and it was a very enjoyable fight.”

Round 3 is at the Hockenheimring on May 5.

Next Story Aussie to partner Tagliani in LMP3 series