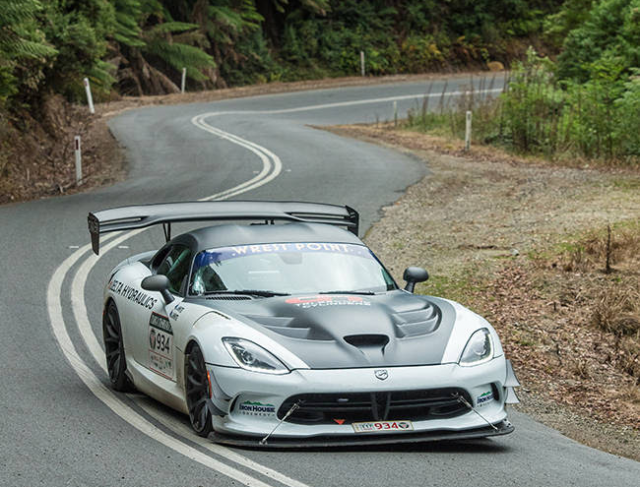 Jason and John White lead by a slender 16 seconds after the opening day of Targa Tasmania from Launceston to St Helens and back.

The Whites hold the lead by virtue of a consistent performance, having won just two stages.

Driver Jason White admitted that he had taken a conservative approach in their 2016 Dodge Viper on a day run in mostly damp conditions.

“It’s actually the first time I’ve driven the Dodge in the wet on these tyres and they’re something else, they’re quite phenomenal.”

“It took a little while to adjust my driving style and the commitment levels, but we’ve had a couple of dry stages and Matt Close has taken back time on us in those.

“We could probably do that sort of pace in the dry too, but it’s not sustainable, so we’re praying for a bit more rain.

See below for course map 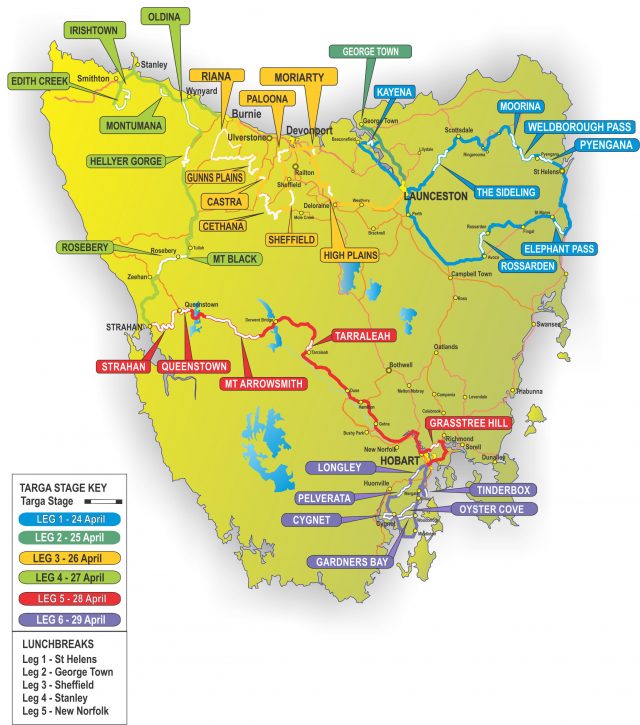