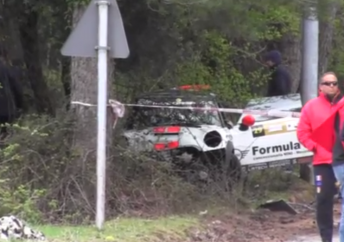 A driver and marshal have died following a crash in the Targa Florio rally in Palmero, Sicily.

Italian newspaper La Repubblica is reporting that 54-year-old driver Mauro Amendolia and 56-year old marshal Guiseppe Lagana were killed when a Mini ran off the road during the event.

Race director Marco Cascino said that the accident occurred on a straight section of road, but the surface was covered by sleet.

Navigator Gemma Amendolia, the driver’s daughter, has been transferred to the intensive care unit of Ospedale Civico Palermo (Palermo Civic Hospital) after being extracted from the car in a conscious state.

Scans at a hospital in Petralia Sottana, where she was initially assessed, cleared the 27-year-old of bleeding on the brain but there were signs of swelling.