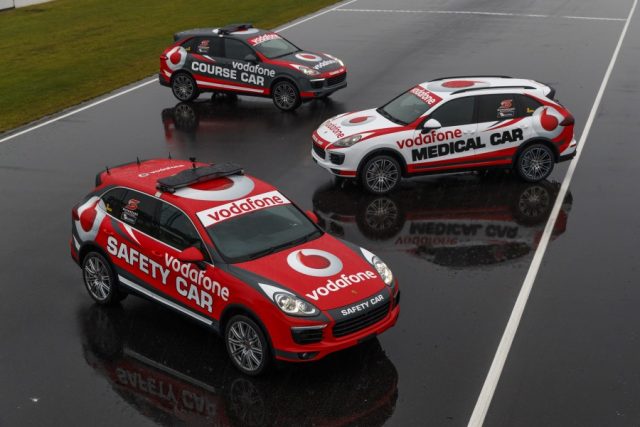 Vodafone has returned to Supercars as the Official Telecommunications Partner

Vodafone will take on Safety Car naming rights in a deal which will see the brand return to Supercars as the category’s Official Telecommunications Partner.

The telco giant’s branding will be splashed over the Safety Car, Course Car, and Medical Car from this weekend’s WD-40 Phillip Island 500.

“Vodafone is an incredible global brand which will connect the sport of Supercars to our fans and new audiences nationally and regionally,” said Supercars CEO James Warburton.

“We are proud to have Vodafone back in the sport which they have already had so much success in.

The telco departed the sport at the end of 2012 but reappeared on a BMW driven by Mark Skaife, Russell Ingall, Tony Longhurst, and Timo Glock in February’s Bathurst 12 Hour.

Next Story Davison passes exit test ahead of PI return