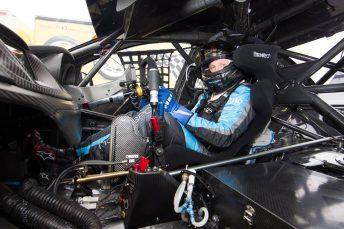 Will Brown has topped a Dunlop Super2 session for the first time in an interrupted hit-out at a wet Phillip Island.

Brown went fastest between two red flags which were caused by offs for Nathan Morcom and Adam Marjoram respectively, while Garry Jacobson and Paul Dumbrell placed second and third.

With rain falling at the Bass Strait circuit, Brodie Kostecki had the first scare as he slipped off the road at Doohan Corner and backed across the track at Southern Loop. 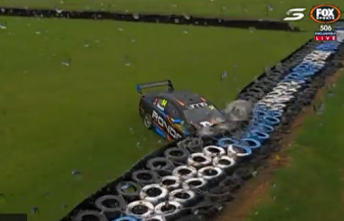 However, it was Morcom triggering the red flags inside five minutes when he skated off and hit the wall at MG.

Dumbrell had led at the first stoppage but Jack Perkins and then Todd Hazelwood went fastest when the session restarted.

Hazelwood was on to go quicker again before he ran off at MG just before halfway in the 40-minute session, leaving the door open for Perkins and then Shae Davies to go to the top.

Brown lowered the benchmark twice in three laps at the half-hour point as the rain stopped and the track began to dry.

However, the reds came soon out again when Marjoram ran off at Southern Loop and couldn’t drive his Commodore out of the mud.

That would effectively bring an end to proceedings, with time for only Richard Muscat to set another lap, which left the GRM driver 11th.

Jacobson jumped to second just prior to the second stoppage and Dumbrell, who had a minor off of his own midway through the piece, to third.

Macauley Jones was 13th fastest despite team owner Brad Jones reporting that the engine in his new car was “not running right” at the start of the session.

Qualifying will follow at 1155 AEST before the first of four 16-lap races for Round 3, this afternoon at 1430.