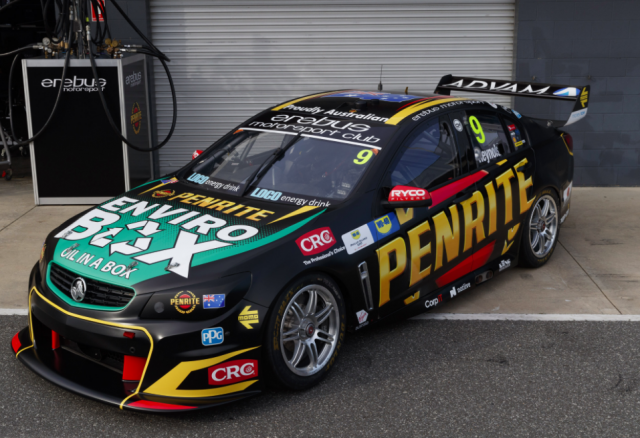 The #9 Penrite entry will feature a green bonnet promoting the oil company’s Enviro Box packaging concept, which aims to reduce waste as the brand pushes to be more environmentally friendly.

The Enviro Box is 100 percent recyclable and replaces the traditional plastic drum, resulting in an 85 percent reduction in landfill waste per unit produced.

“It’s very cool, it’s not only a fantastic idea, but a real credit to Penrite for being the first in their industry to introduce something like this,” said Reynolds.

“Everyone today is looking for a way to be more sustainable and Penrite are now leading the way.

“The car looks pretty good; I’ve always been against having green on a race car as I think it’s bad luck, but hopefully we can break that superstition.”

The livery will break cover when Supercars conducts its opening practice session at 1230 AEST.