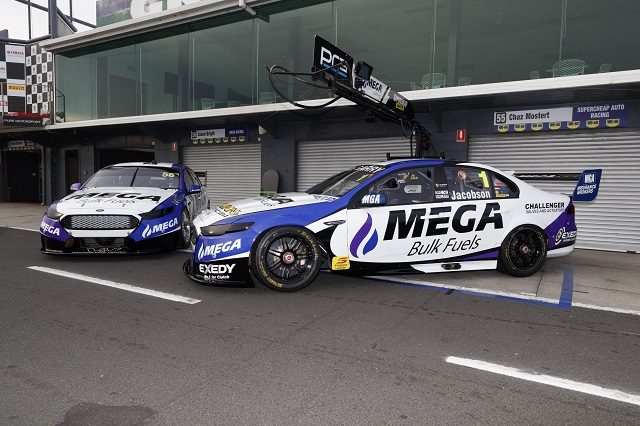 MEGA Bulk Fuels will take on naming rights sponsorship of Garry Jacobson’s Prodrive Falcon for the remainder of the Dunlop Super2 Series.

The petroleum supplier joined Supercars as primary backer of Jason Bright’s Falcon upon the veteran’s return to PRA this year, and was a minor sponsor of Jacobson’s car at the first two Super2 rounds.

Jacobson’s #1 entry, which will continue to run with backing from McQuinn Electrical, now sports a similar livery to that which he will steer as co-driver to Bright in the Pirtek Enduro Cup.

“It’s fantastic to be working so closely with MEGA Bulk Fuels,” said Jacobson.

“They’re a great bunch of people and it’s exciting to take this sponsorship to another level.

“It’ll be great to have a bit of continuity between my car and the car I’m driving in the Endurance Cup later this year with Jason Bright.

“The cars look similar but both look fantastic so I’m excited to take it to the track at Phillip Island.”

Jacobson is currently seventh in the Super2 standings after rounds at Adelaide and Symmons Plains.

The livery will first appear on track when Super2 practice kicks off at the WD-40 Phillip Island Super Sprint on Friday April 21. 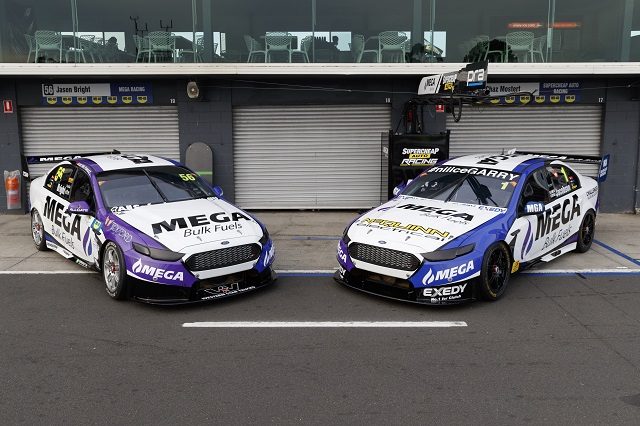 Next Story Brown fastest in wet Super2 practice at PI