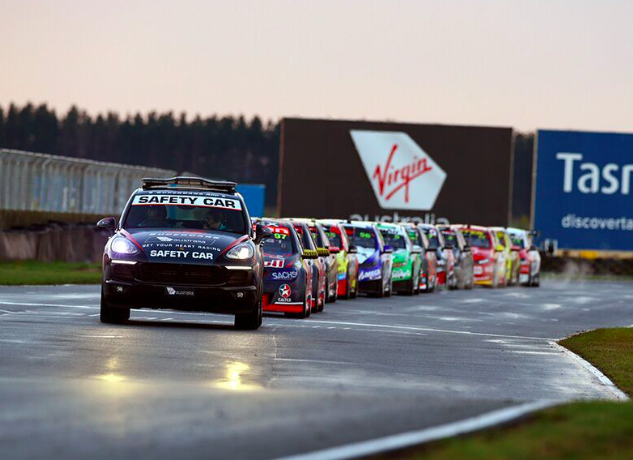 The Supercars Commission will today discuss ways to avoid a repeat of the Race 3 confusion with series boss James Warburton keen for changes to be implemented.

The fall out from the race is expected to be high on the agenda after farcical scenes emerged when the opening heat at the Tyrepower Tasmania Super Sprint was declared after only four laps in the books.

Officials suspended the encounter for 50 minutes following a 12-car pile up on lap 2 of 50, before electing to restart the race under Safety Car shortly before its time certain finish.

Points were awarded before being rescinded hours later following a meeting between Supercars and CAMS officials.

The matter has proved divisive among teams and fans with both calling for a solution if such circumstances occur in the future.

Supercars CEO Warburton is among those eager for the category to have a plan of action at its disposal to avoid a repeat of the situation.

Although absent from the Symmons Plains round, he is adamant the race should not have been restarted given the circumstances.

However, he would be in favour of Supercars having the power to extend time certain finishes when feasible.

“I think they were very trying situations (in Tasmania) so the reality is the race shouldn’t have been restarted full stop,” Warburton told Speedcafe.com.

“It doesn’t matter what is or isn’t in the rulebook.

“It is pretty clear in the rulebook now that if 50 percent of the race is not run then points are not awarded.

“It can be clarified and strengthened up but ultimately restarting a race with a time certain finish to achieve two laps was never going to constitute a race where points should be awarded.

“At the end of the day we had one of the biggest accidents in the history of the sport it was impossible to clear it up in time for a race.

“You would like to have the ability to run 15 or 20 laps for the fans and I think when those things are available we will certainly be pushing for some discretion and the ability to make those (rule) changes should it be available.

“Everything depends on the situation.

“As it turns out (in Tasmania) there would have been no ability to extend the time frame due to the amount of sporting rights that Fox Sports had on that weekend. There was no capacity to extend it.”

Speaking in the aftermath of the incident Triple Eight boss Roland Dane suggested a rerun of the race at a later date would have been appropriate.

In a recent poll on Speedcafe.com, readers overwhelmingly agreed, with 67 percent voting in favour of Dane’s view.

While admitting he would have liked to have seen the race rerun, Warburton says there are several factors which need to be addressed before a decision of that magnitude can be undertaken.

“We would love to run the race again because we have effectively lost a race of the championship,” he added.

“As a promoter absolutely we would want to run it again but I’m not sure that would in the best interest of all the teams.

“I think we have got to be really careful about running races the next day.

“I think from a scheduling point of view there is a lot of turnaround time so that race would have to have been run at 8am that morning.

“I’m not sure that would have been fair for the people that had a problem in Race 3. I don’t think that has been thought through, so there needs to be a good level of discussion on that.”

The Virgin Australia Supercars Championship will reconvene this weekend for the WD-40 Phillip Island 500.

Next Story VIDEO: Will Davison on a MotionForce simulator