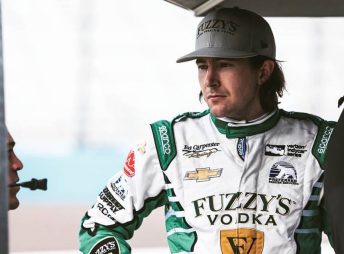 JR Hildebrand will be replaced by Indy Lights driver Zach Veach for Round 3 of the IndyCar Series at Barber Motorsports Park as he continues to recover from a broken hand.

The Ed Carpenter Racing driver sustained the injury in a coming-together with Mikhail Aleshin on the final lap of Round 2 at Long Beach, on April 9.

With not enough time to recover since successfully undergoing surgery in the Tuesday following the race, Hildebrand will miss this weekend’s encounter at the Alabama track.

“This obviously is not how I had hoped this would play out, but I’ve done everything there was to do since surgery last Tuesday with good results,” Hildebrand said.

“It seems the risk is still too high given the initial extent of the injury.

“The doctors I’ve worked with have been awesome to get my fractures sorted out and I trust their view of the situation.”

Hildebrand’s absence opens the door for Veach, a six-time Indy Lights race winner, to make his debut in the top flight, having first driven an IndyCar in a test with the same team at Sonoma last year.

“My heart goes out to (Hildebrand) as I suffered a broken hand a couple years ago and I wouldn’t wish that upon anyone,” said Veach, who placed third in the second-tier series in 2016.

“This isn’t how any driver wants to get his first race, but with that said, I’m extremely thankful for the opportunity to sub for JR.

“Ed (Carpenter) gave me my first chance to test an Indy car a few months ago. It’s going to be very special for me to be back in that same car.”

The Barber Motorsports Park round will be held from April 21-23.