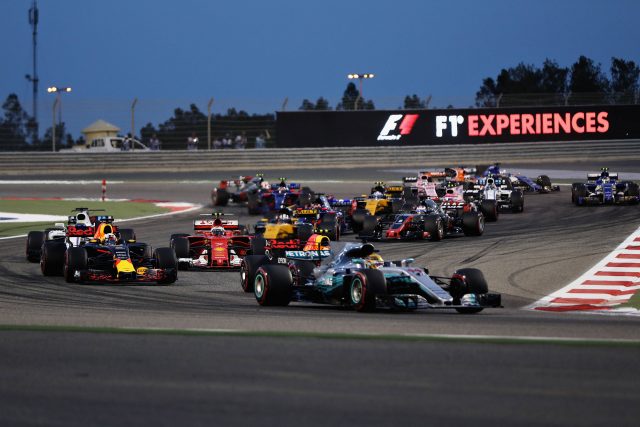 Formula 1 teams have confirmed their driver line ups for the first in-season test of the season at Bahrain this week.

A total of 16 drivers from the current F1 grid are set to take part in the two-day test at the Bahrain Intentional circuit, which hosted the third round of the championship last weekend.

Reigning world champions Mercedes will split the test between its current drivers, beginning with Lewis Hamilton today and team-mate Valtteri Bottas on Wednesday.

Sauber and Haas F1 are the only other teams to complete the test with its current drivers Marcus Ercisson, Pascal Wehrlein, Romain Grosjean and Kevin Magnussen respectively.

Daniel Ricciardo is set to open the test for Red Bull before handing the duties to reigning GP2 champion Pierre Gasly.

Regular drivers Sergio Perez and Esteban Ocon will share the Force India on Tuesday prior to Mexican Alfonso Celis’ run on Wednesday.

Formula 2 driver Sean Gelael has earned a run in the Toro Rosso. The Italian team will split the final day of the test between Daniil Kvyat and Carlos Sainz

Meanwhile, Renault will welcome Russian reserve driver Sergey Sirtokin, who will take over from Nico Hulkenberg on Wednesday.

The struggling McLaren squad has opted to promote development driver Oliver Turvey to the cockpit of the MCL32 on Tuesday ahead of Stoffel Vandoorne’s run on Wednesday.