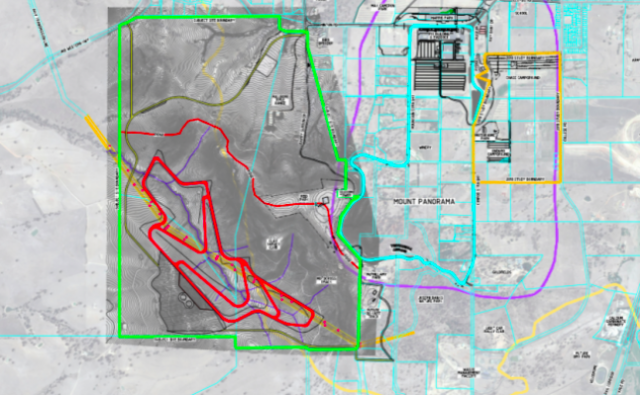 The preliminary plans for the second circuit at Mount Panorama

The tender process for the design of Bathurst’s proposed second circuit has attracted interest from across the globe, according to the city’s mayor Graeme Hanger.

Hanger took over as Mayor of Bathurst Regional Council, stepping up from his role of Deputy Mayor in March in place of Gary Rush who resigned in February.

One of his first points of business was to oversee the release of a tender for expressions of interest in Bathurst’s second motorsport venue.

As reported earlier this month, the tender process will remain open until May 2, after which time the Bathurst Regional Council (BRC) will assess the submissions.

BRC has asked for applicants to design an FIA and FIM approved 4.58km layout, located on an area of land west of McPhillamy Park and Reid Park at Mount Panorama.

According to Hanger, while its unknown at this stage how many interested parties there will be, early indications are positive.

“I use the analogy of playing a football game; we’ve turned up at the game, we’ve put our bag in the change room but we haven’t opened the zipper yet.

“We’re not at design stage yet, that will come, and let’s be honest we’re probably two or three years away from the first car on the track.”

The new circuit is part of the Bathurst Regional Council’s commitment to motorsport, with Mount Panorama a key component in that plan.

“We’ve been racing here since 1938 and we had our 75th anniversary a couple of years ago, next year is our 80th year, so that’s of major significance.

“Supercars is transforming and the 12 Hour race is just going gangbusters,” he added.

“I still think there’s a lot of people who don’t realise how big the 12 Hour is worldwide.

“We did hear from somebody at Supercars that more people watched the 12 Hour race this year worldwide than watched the Superbowl.

“That’s the sort of thing that we’re looking at.

“If they’re taking that sort of interest we’ve just got to be in awe of it and work with them and look to the future and see how it goes.”

Next Story Officials to analyse grid sizes for 2018 Bathurst 6H