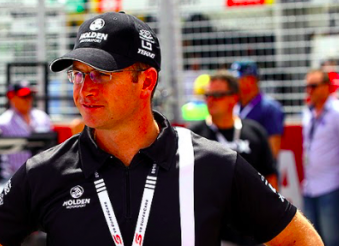 Former Holden Motorsport sponsorship boss Simon McNamara will no longer head up the fledgling SuperUtes category after taking up a commercial role with Australian GT.

A note was sent to SuperUtes competitors on Tuesday announcing McNamara as the point of contact in delivering the new category, while forging relationships with manufacturers, commercial partners and competitors.

The message was sent just hours before an announcement confirming the ex-Holden marketing boss as the commercial director for the Australian GT Championship.

Speedcafe.com understood he would dovetail both roles.

However, Supercars CEO has since confirmed that McNamara is no longer set for the job with the position expected to be handed to Bathurst 12 Hour director John Casey.

“Simon has taken a job up with Australian GT so I think he will do that,” Warburton told Speedcafe.com.

“I have got a great relationship with Simon but ultimately he has taken the GT role up so he will focus on that.

“There is a huge amount of work to do and it is a very complicated category to get up but we will continue to chip away and our intention is to have an incredible category in the long term.

“We have got a lot of work to do by Townsville and we will push ahead.

“John Casey will step into that (role), he has been running the Bathurst 12 Hour and will step in with competitors straight away.”

Supercars announced plans to officially unveil the new SuperUtes platform in May ahead of its first official test in June.

The series, which will see Diesel fuelled dual cab Utes replace the V8 Ford and Holden platform, is set to kick off at Townsville from July 7-9.