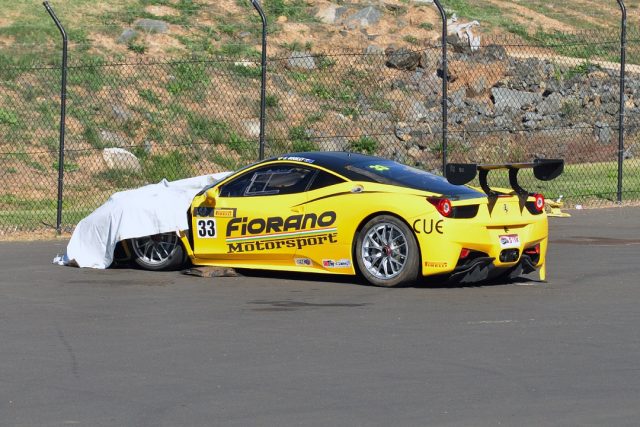 Scott Hookey has crashed his Ferrari 458 during a Production Sports session, delaying the start of Practice 2 for the Bathurst 6 Hour.

Hookey’s Fiorano Motorsport entry, which he raced the weekend prior in the Australian GT Trophy Series at Sandown, sustained heavy front end damage at Forrest’s Elbow.

The incident drew the red flag to the end of the second qualifying session for the category.

Hookey was taken to the circuit medical centre for precautionary checks, while the resulting clean up delayed the start of second, hour-long practice session for the Hi-Tec Oils Bathurst 6 Hour.

Hookey had set the 19th fastest time in the session, a 2:20.142s, more than nine seconds off the pace set by Brad Shiels in the opening qualifying session.